A pregnant mother was denied bail after she appeared before a Port-of-Spain Magistrate yesterday charged with being a member of a gang. 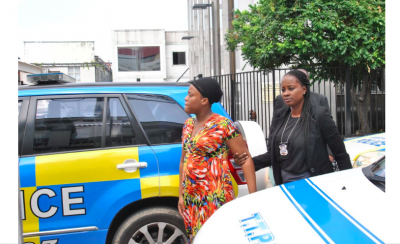 Rhonda McMeo, Mark Ahyee, her common-law husband, and her neighbour Kurt Cudjoe were charged under the Anti-Gang Act. All three accused pleaded not guilty but was denied bail since there were previous drug possession charges amongst them. They were also out on bail for the charges while committing the current offence of being in a gang. McMeo is also the mother to two other children.

Under the Anti-Gang Act, if convicted, the accused can face up to 10 years in jail. The matter was ad­journed to  Sep­tem­ber 11. At the hearing, the matter of bail for the accused will be considered.
Crime 1278 News 3043 Anti-Gang Act 4 gang 2 pregnant mother 1