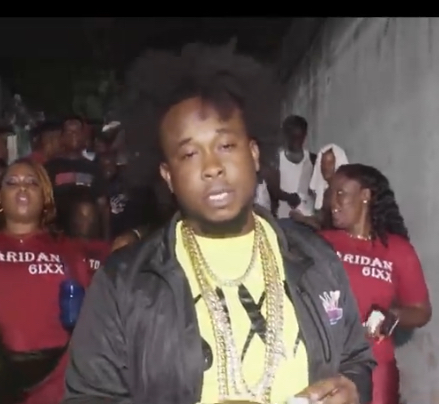 Tobago dancehall artiste Fari-Dan was gunned down while liming at a bar in downtown Scarborough, Tobago, on Sunday.

N’kosi Bovell aka Fari-Dan, who was a part of the Trinibad movement, was shot multiple times by two armed men while seated at Dutch Fort restaurant and bar.

According to reports, the incident took place just after 8pm, while Fari-Dan was seated inside the bar, with his back facing the roadway, chatting with another man.

Gunmen approached the artiste and opened killing him on spot.

Fari-Dan has several youtube music videos, most of which were shot in Trinidad.

Loading...
Newer Post
DPP called upon to initiate criminal proceedings into the shooting of Venezuelan baby
Older Post
Jearleen John says crime does not start in the police station but at home

Siparia man ordered to stay away from niece, 16 0

One elderly female without co-morbidities in the10 deaths recorded, 236 new COVID-19 cases 0