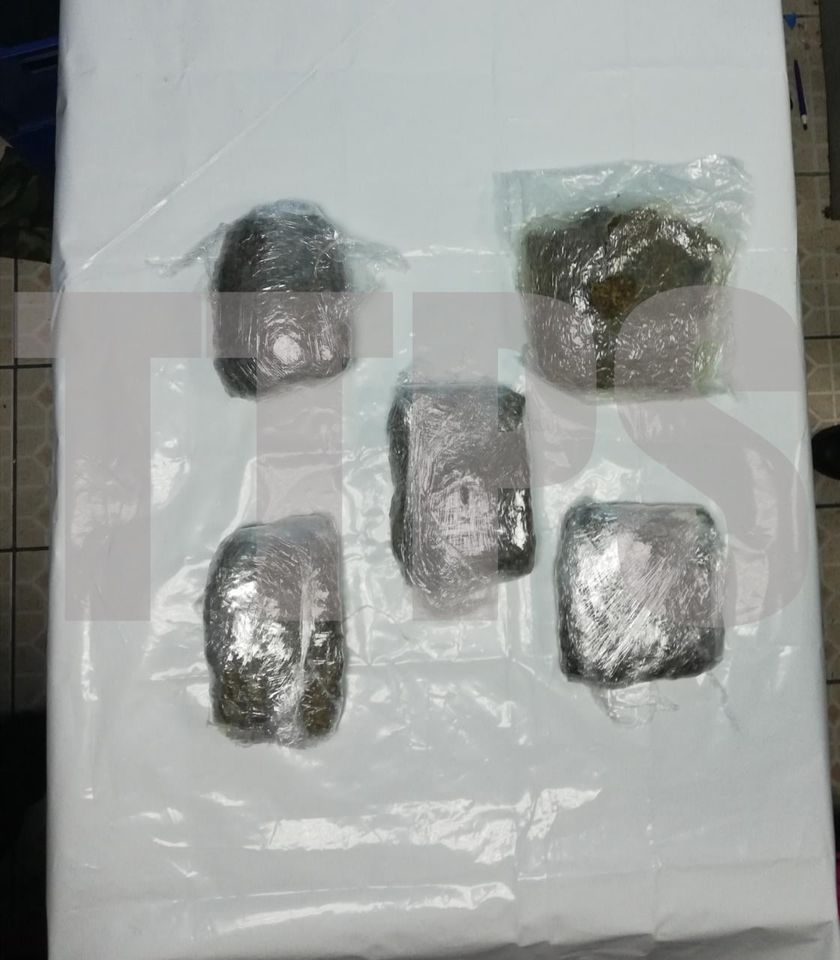 Quick action by officers of the North Eastern Division Task Force, who were acting on a tip-off, pre-empted a drug transaction that was seemingly about to take place in Woodbrook, yesterday.

The drugs were found during an exercise conducted in the Western Division between the hours of 11:30pm yesterday and 1am this morning. Officers received information regarding the impending transaction and proceeded to Luis Street, Woodbrook.

Two male adults were observed standing on the western side of the road. The men fled in a southerly direction upon seeing the approaching police vehicles and jumped over a wall, leaving behind a black garbage bag. Officers pursued, but the men escaped.

The bag was recovered and contained five packets of a plant-like material resembling marijuana wrapped in transparent plastic which amounted to 2.5 kilogrammes.

The exercise was spearheaded by Snr Supt Maharaj, Supt Maynard-Wilson, Supt Alexander, ASP Parryman and Insp Ramsingh. It was supervised by Sgt Martin, and Cpls Daniel and Duncan.

Two and a Half Men actress, Conchata Ferrell passed away at age 77 0