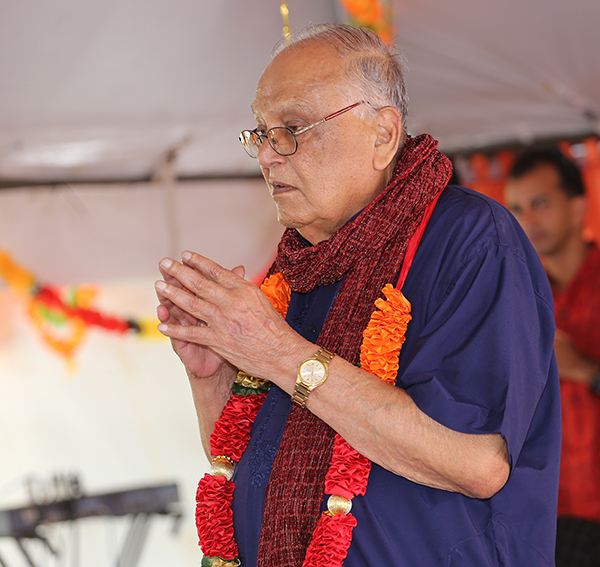 In a press release, the Trinidad and Tobago Police Service (TTPS) said it will be extending its courtesy to the SDMS, by providing a marked police escort during the funeral which is scheduled to take place on Tuesday 19th November 2019.

Officers of the Northern Division will be performing a duty of care by preserving order at the wake. The Funeral will include a Private Ceremony at his home in Champ Fleurs. The Highway Patrol Unit will provide the escort along the planned route to the funeral service and subsequently to the cremation site in Caroni.

Meanwhile, thousands are expected to turn out for Maharaj’s funeral. The ceremony is expected to begin at 7:30am with re­li­gious rit­u­al per­formed at the family’s home in Champ Fleurs for an hour.

Mourners, dignitaries, and teachers and students of SDMS schools are expected to attend since the Education Ministry granted permission for the closure of the schools in light of the funeral.

From 10.30-11:30a.m the pub­lic will be al­lowed to view Ma­haraj’s body in the SDMS’s court­yard. The body will then be transported to the Ca­roni Cre­ma­tion Site where the fu­ner­al pyre must be lit be­fore 1:00 pm.

Although a family member will deliver the eulogy, five others are expected to offer remarks.