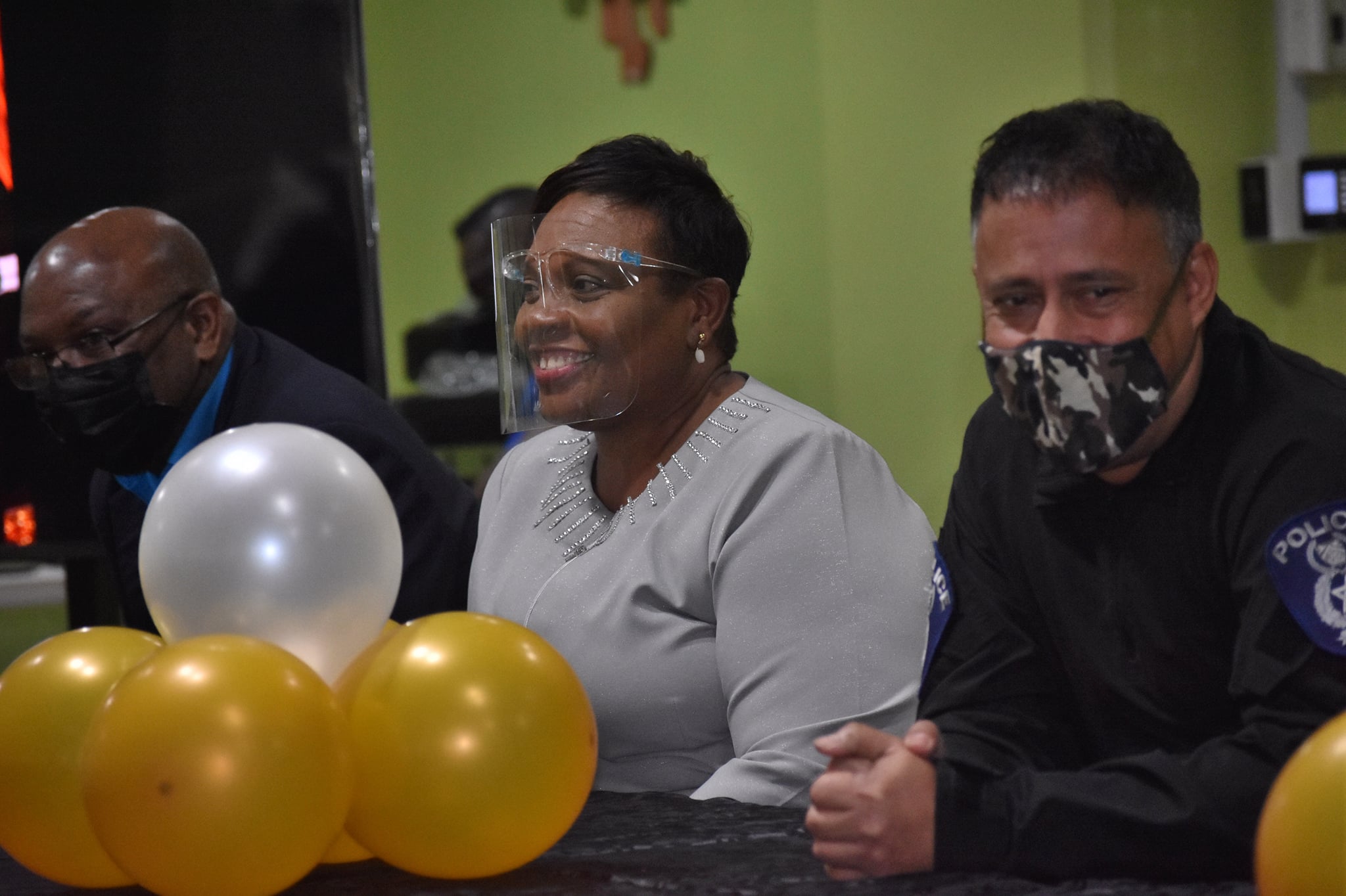 As she walked into the Solomon Mc Leod Theatre, she was given a standing ovation from her colleagues. She was toasted by Commissioner of Police, Gary Griffith, Executives of the First Division, officers of the Second Division, and members of her batch of “1982”. Lewis retires after serving in the Trinidad and Tobago Police Service (TTPS) for 39 years. In fact, she began her career as a civilian clerk with the TTPS.

Deputy Commissioner Lewis was hailed as a trailblazer rising to the rank of Deputy Commissioner of Police. Her experiences at the Complaints Division in Piarco in 1989, and the 13 years spent at the Court and Process Branch from 1992 to 2005, prepared her for senior position within the TTPS. She was promoted to Corporal after 21years as a police constable. Her experiences at the Eastern Division, North Eastern Division, Port of Spain Division, Finance Branch, the Traffic Branch, and the Police Academy, were pivotal in preparing her for senior leadership.

The speakers all agreed that Lewis was an excellent team member and she excelled in all that she did. Her contributions were always invaluable, as she provided guidance with a loving deposition. She displayed humanity by the way she diffused conflicts with quiet diplomacy.