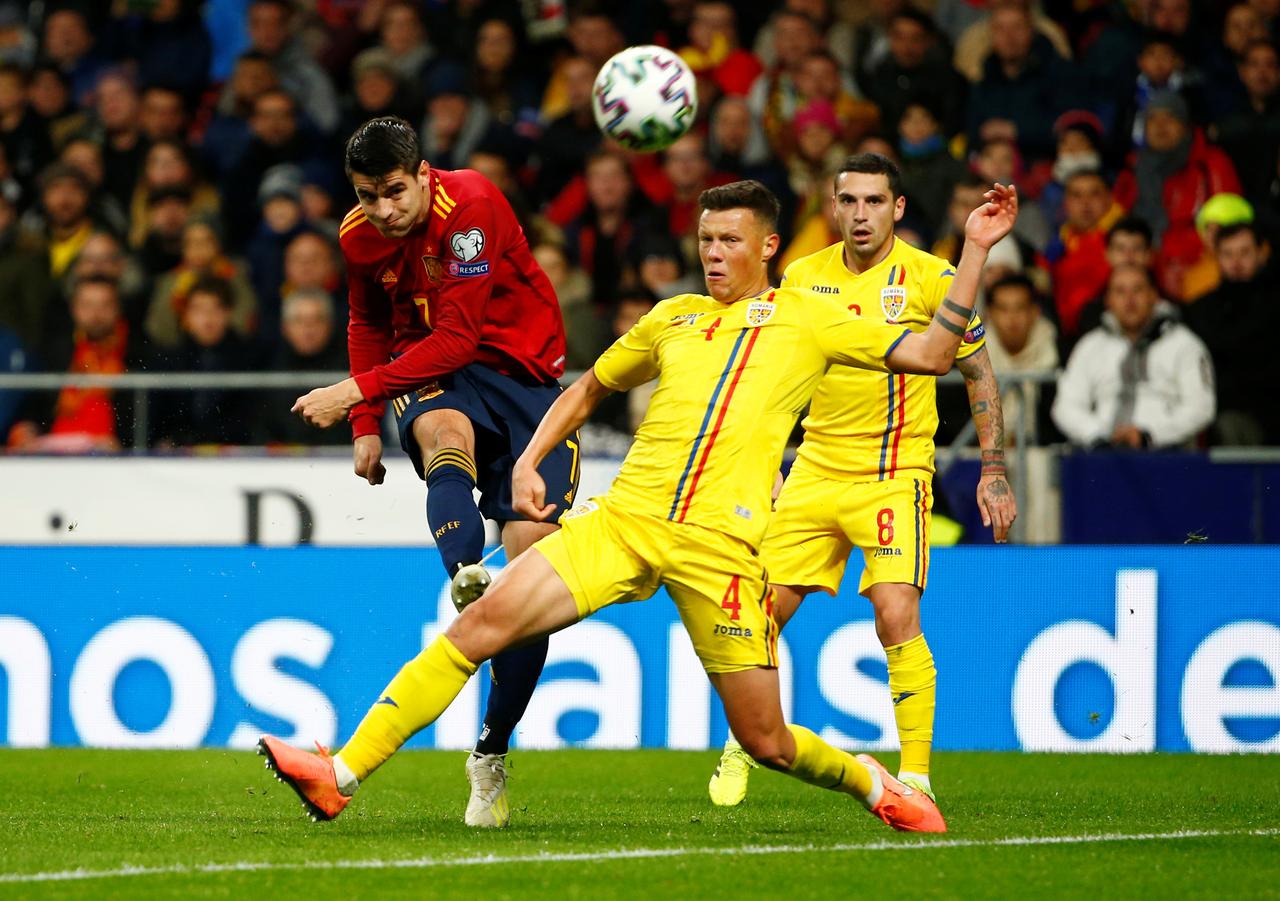 Spain finished their Euro 2020 qualifying campaign with a bang as they thrashed Romania 5-0 on Monday to secure top seeding in the draw for the finals later this month.

With automatic qualification sealed and first place guaranteed after their 7-0 demolition of Malta on Saturday, Spain indulged in another goal-fest at the Wanda Metropolitano, where Villarreal striker Gerard Moreno scored twice.

Yet despite 10 games unbeaten in Group F, including eight wins and 31 goals scored, Robert Moreno’s position as a coach is in doubt, with reports in Spain emerging before kick-off that Luis Enrique could be back in charge next summer.

Luis Enrique’s resignation in June thrust his assistant Moreno into the spotlight but the team’s progress was never in doubt, even if a kind group offers little certainty that Spain will fare as well against stronger opposition in seven months’ time.

Sweden had already qualified in second, while Romania knew they and Norway were destined for the play-offs, which perhaps contributed to a ragged display from the visitors that saw them trail by four goals at half time.

If Luis Enrique is to return, he will inherit a Spain squad high on confidence but low on continuity or cohesion, with several key positions and partnerships still to be established.

Moreno experimented all the way through. His most recent 23-man squad included players from 17 different clubs and this starting line-up against Romania featured seven changes from the thumping win over Malta.

Chelsea’s Kepa Arrizabalaga and Manchester United’s David de Gea are still scrapping to be the first-choice goalkeeper. The former was preferred here, while Inigo Martinez was the latest triallist alongside Sergio Ramos in central defense. 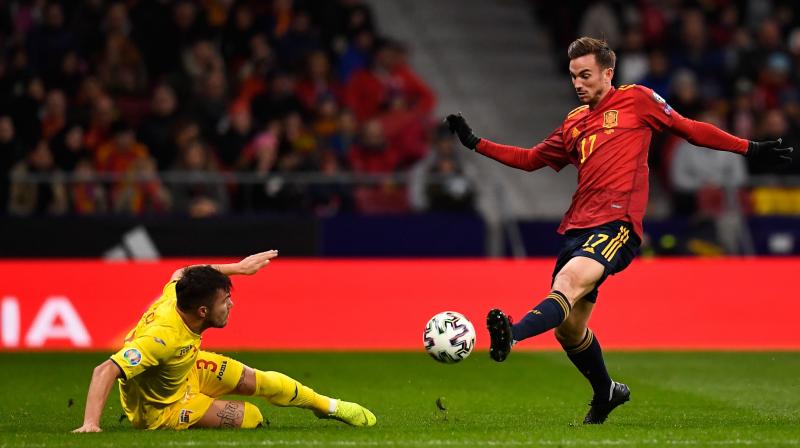 Fabian Ruiz of Napoli came into central midfield. He, as well as Santi Cazorla and Gerard, perhaps furthered their claims the most. Against poor opposition, Alvaro Morata will have been disappointed to end a run of goals in seven consecutive matches.

The assault started early. Jose Gaya had a header ruled out for offside in the third minute.  Then after a brilliant Cazorla dummy, Gaya created the opener as he nutmegged Romario Benzar and Fabian applied a smart finish from close range.

Kepa had to push away a George Puscas shot after some sloppy defending from Ramos and Inigo before Dani Carvajal was lucky not to concede a penalty for kicking through the back of Florinel Coman.

But Spain put the game to bed with three goals in 12 minutes.

Gerard headed in Cazorla’s whipped cross and then poked home Gaya’s delivery after Romania failed to clear. Then Morata might have scored had Adrian Rus not turned in Gerard’s cutback for an own goal.

Spain had chances to add a fifth in the second half but had to wait until the 91st minute when Mikel Oyarzabal, on as a substitute, twisted and drove into the corner.

Ministry Of Health: No ‘Medical Drugs Shortage’ In The Public Health System 0