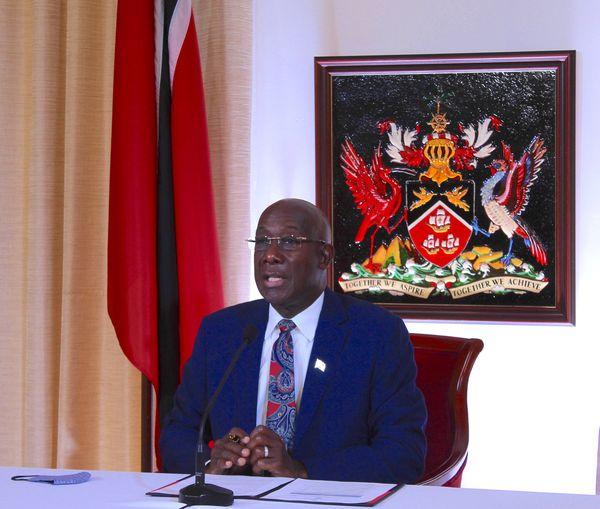 US officials have given a commitment to allow hearings at which CARICOM Leaders can voice concerns over the imposition of harsh sanction and regulation on their banking operations.

Information regarding this development was shared by Prime Minister Dr. Keith Rowley as he hosted a media conference at the VIP Lounge at Piarco International Airport on Thursday, shortly after his return from Barbados where he participated in the opening of the Roundtable Discussion on De-Risking and Correspondent Banking.

Dr Rowley pointed to the importance of such discussions as he said it is critically important that regional banks are allowed to function unfettered so the region can benefit from the banking system.

The Prime Minister stated that he scheduled to flyer to Washington DC on Sunday; during the weeklong trip, he will participate in bilateral discussions.

He noted that Trinidad and Tobago has been falsely accused of being an offshore banking centre, although it has been engaged in normal retail banking and international commercial banking.

Dr Rowley said the Caribbean does not want to be penalised for what it has no connect to.

Loading...
Newer Post
Two charged for manslaughter following the death of a six-year-old
Older Post
Boss Kitty, Keturah Gamba and others heat up T&T’s music waves on the ‘Riddim Up’ project