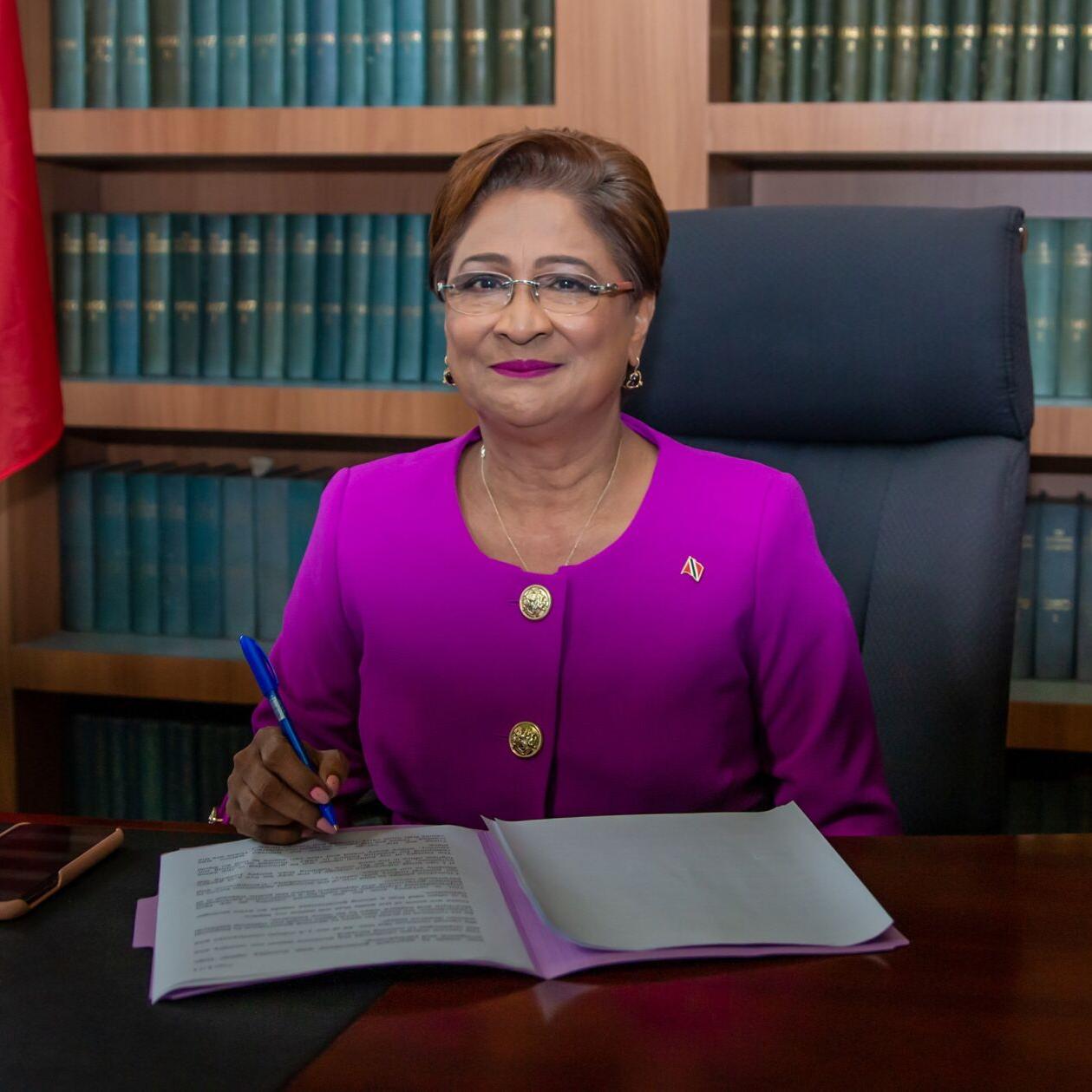 It sure does look that way!

Like many world leaders, Persad-Bissessar sent her congratulations to Mr Biden on Saturday, following his win over incumbent Donald Trump.

However, the wording of her message, which was posted on her Facebook page, quickly caught the eye of her UNC adversary Devant Maharaj and a few others, as it looked very similar to another congratulatory message, which was sent hours before hers, by British diplomat, Sir Keir Rodney Starmer.

Take a look and judge for yourself:

Devant Maharaj asked whether the Leader of the Opposition was so lazy to do her own message?

Persad-Bissessar has since removed that original post from her page and replaced it with a new message, which was posted last night.
It read: “On behalf of the United National Congress, I wish to extend congratulations to President-elect Joe Biden on becoming the 46th President of the United States. I wish to also extend a special congratulations to the new Vice President-elect Kamala Harris, who is now the first woman and person of colour to hold this office.”

Persad Bissessar later blamed the incident on an “administrative error.” 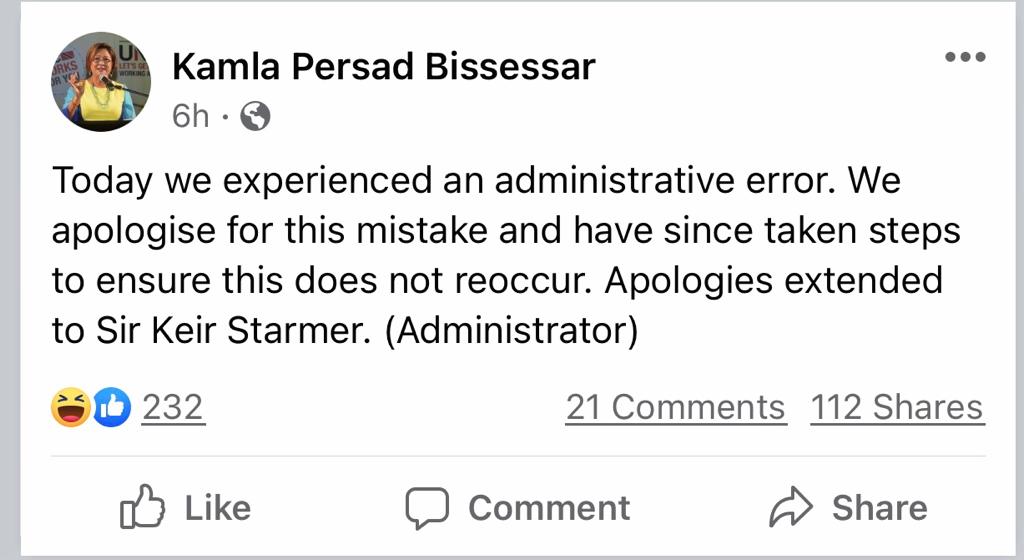