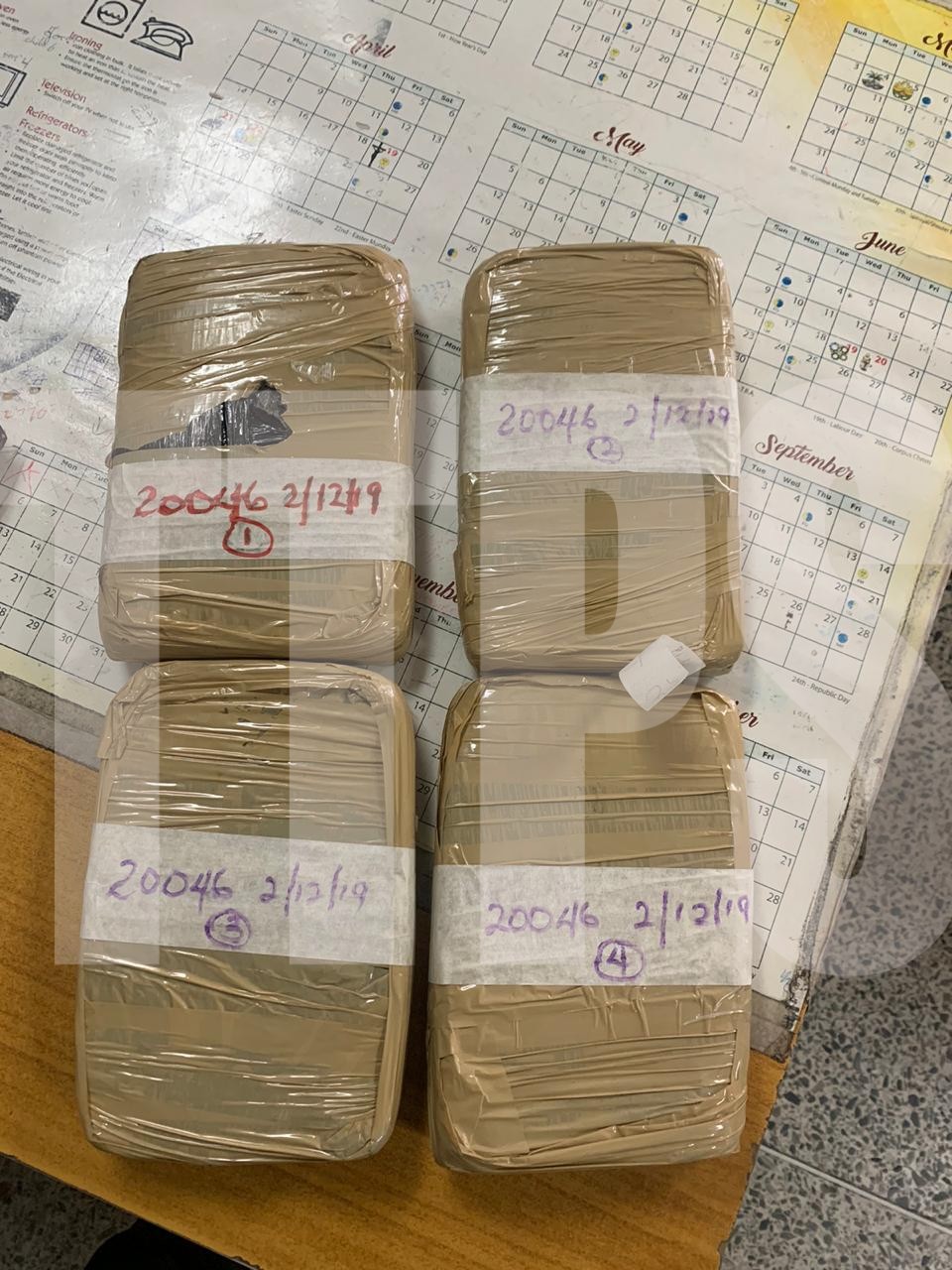 One man charged with the possession of marijuana for trafficking

One man has been remanded into custody after appearing before a Point Fortin Magistrate yesterday, charged with possession of marijuana for trafficking.

On Monday 2nd December 2019, PC Loubon, of the South Western Division Task Force, were on mobile patrol along Southern Central Road, Point Fortin, when they observed the driver of a white single cab Mazda pickup speeding.

The vehicle was stopped and searched by PC Bowen who discovered four brown rectangular packets weighing 2.1 kilogrammes of marijuana behind the driver’s seat. 38 year old Johnny Jerome, of Chatham Beach Road, Chatham, was arrested and charged.

Jerome, appeared before Magistrate Alicia Chankar in the Point Fortin Magistrates’ Court, on Tuesday 3rd December 2019. The marijuana has a street value of $21,000 TT dollars, he pleaded guilty and was sentenced to 18 months hard labour.

Search launched for suspect who sexually assaulted woman in Marabella

Posters linking PDP and UNC pop up ahead of THA election

Shot in head and back; Santa Flora man murdered near home

Search launched for suspect who sexually assaulted woman in Marabella

Posters linking PDP and UNC pop up ahead of THA election

Shot in head and back; Santa Flora man murdered near home