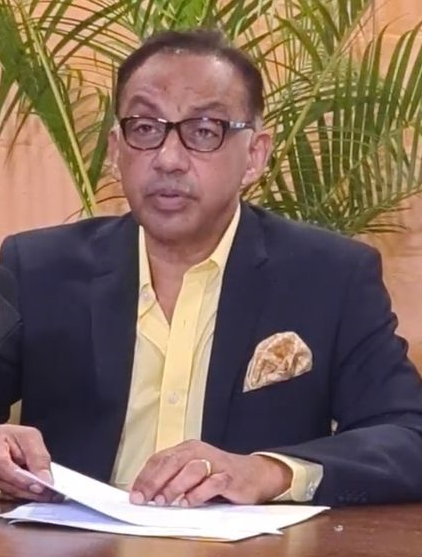 NGC’s $2.1B loss is of great concern and gov’t is to blame says Vasant Bharath

Government has no one to blame but itself for the $2.1 billion loss reported by National Gas Company (NGC) for the end of last year.

So said former Trade Minister and Minister in the Ministry of Finance Vasant Bharath.

Bharath, in a Newsday report, said Government failed to heed the warnings of many reports and experts in the sector over the last five years.

He said “In 2015, Trinidad and Tobago was the world’s largest exporter of methanol and ammonia. It has now lost half of its methanol production as well as significant ammonia production.”

“Government continually ignored the advice to re-look at the gas value chain as cheaper shale became more available, the US became net exporters of natural gas, prices paid by NGC (negotiated by the PM and his team) to the upstreamers were higher and unworkable and curtailment issues by local producers.”

Bharath added, “This confluence of events naturally led to significant plant closures in the Point Lisas estate primarily due to global uncompetitiveness.”

He said the loss reflected reduced volumes, a downward revaluation of pipeline infrastructure, and a write down in the value of a contract of $2.1billion where the contract obligations exceeded the economic benefits.

This meant NGC had to supply gas at a loss on the contract.

“It may very well be the case that there are other such contracts that will become due in 2021 and beyond.”

Bharath told the media house that the petrochemical sector provides a valuable source of revenue to Government in the region of approximately $2 billion in taxes annually over the last ten years. He said the sector also contributes over 20 per cent of total exports, 25 per cent of foreign exchange inflows to the banks, employs over 1,500 skilled workers and over 30,000 more in support services.

He added “It is therefore of grave concern that their sole supplier finds itself in an economic tailspin with no real idea of the way forward and certainly no declared energy policies to address the industry challenges.”