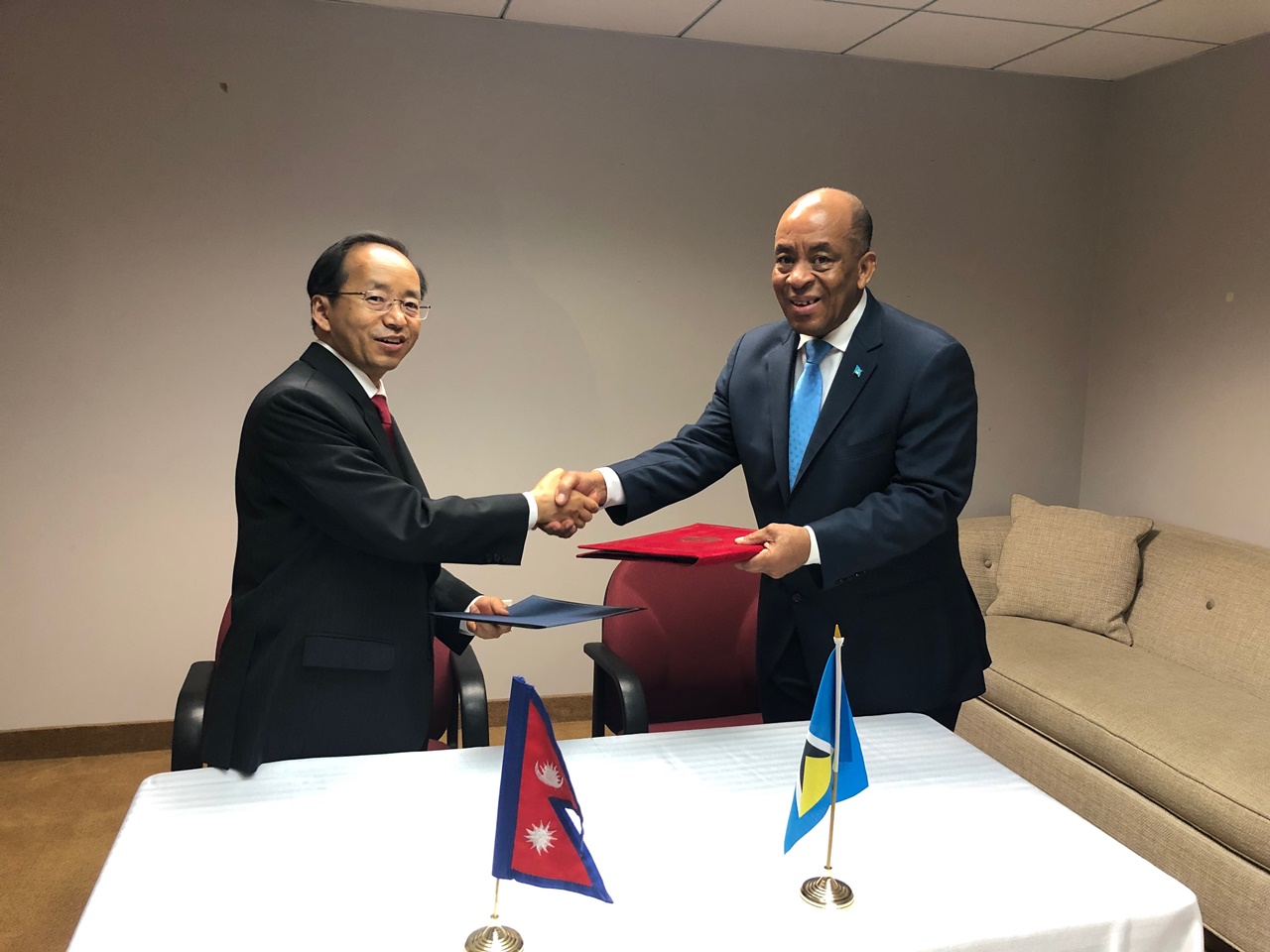 Saint Lucia continues to forge ties with countries across the globe.

These relations seek to promote mutual understanding and strengthen cooperation between the countries.

The relations are guided by the principles of the United Nations Charter and international law, particularly the respect and promotion of international peace and security, equality among states, due respect for national sovereignty and territorial integrity, independence and international treaties, and non-interference in internal affairs of the states.

Signing on behalf of the government of Saint Lucia was H.E. Ambassador Cosmos Richardson, the permanent representative of Saint Lucia to the United Nations.