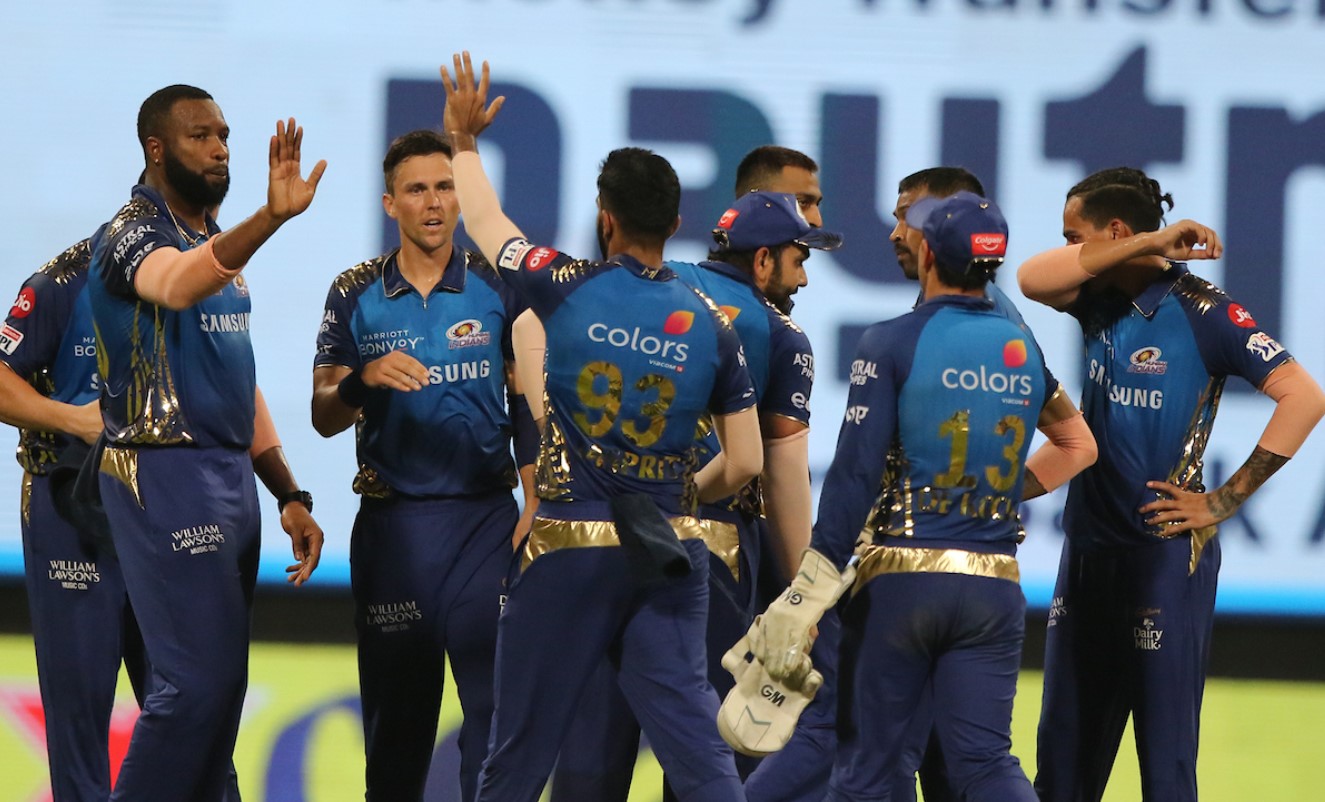 Mumbai Indians completed a dominating season with a thumping 5-wicket win over Delhi Capitals in the final of IPL 2020 in Dubai on Tuesday. In doing so, MI extended their record of being the most successful team in IPL history by adding a fifth title to their kitty. They also became only the second team ever to defend their title successfully since CSK achieved the feat in 2011.

The target of 157 set by Delhi Capitals soon started to look too small as captain Rohit Sharma and in-form opener Quinton de Kock launched a well thought out attack on Delhi’s bowling. Both batsmen looked to clear the in-field and started off with a flurry of boundaries.

Marcus Stoinis was brought into the attack in the fifth over and he sent back the dangerous de Kock for 20 on his first delivery. Skipper Rohit kept the runs flowing along with Suryakumar Yadav, until the latter was run out for 19 in the 11th over.

The Mumbai skipper went on to complete his half-century and eventually led the team close to victory with a knock of 68 runs, in the company of the brilliant Ishan Kishan, who has been one of MI’s stars of the season. After Rohit was dismissed following a superb catch by Lalit Yadav, Kieron Pollard played a brief cameo before being cleaned up by Kagiso Rabada.

But it was too little too late. Kishan and Hardik Pandya carried on and levelled the score before the latter was dismissed by Anrich Nortje. Krunal Pandya scored the winning-run as MI won the match by 5 wickets to successfully defend the IPL title.