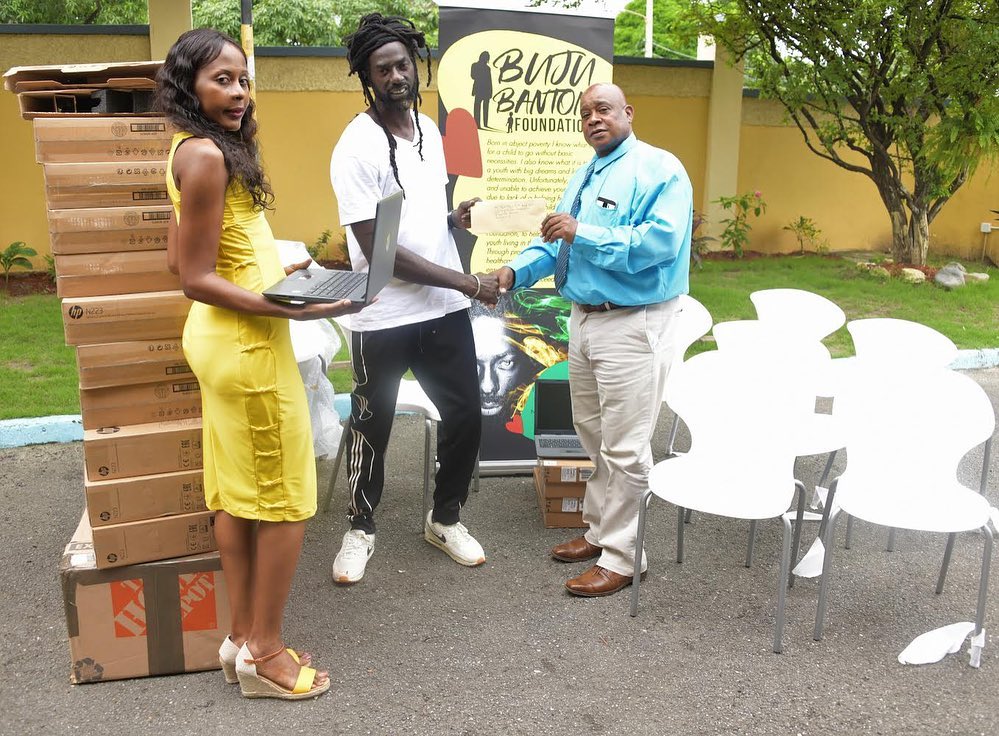 Another Dancehall artist has joined the cause in Jamaica to help students with their online education.
Veteran dancehall star Buju Banton through his Instagram account revealed that he gifted Jamaican students at two children’s homes computer devices. The donations were made through his foundation, the Buju Banton Foundation.

According to the post, laptops were donated to each of the 40 boys at the Sunbeam Children’s Home in St Catherine. The other home, Mount Olivet Boys Home in Manchester received desktops from the foundation.

The donation was made with a contribution from American rapper Kanye West, who recently visited the island and was photographed spending time with Banton. They’re rumored to have an upcoming collaboration. 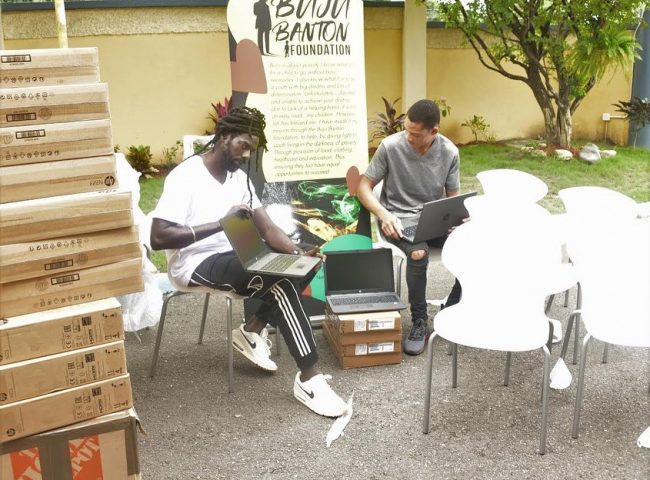 In the post, he said: “Friends of Buju Banton Foundation, We Thank You! Sunbeam Children’s Home gifted laptops for each boy at the facility. Mount Olivet Boy’s Home received desktop computers and chairs. Thanks Kanye West for contributing to our mission to improve the lives of at risk boys.

Banton, through his foundation also donated his three-million-dollar cash prize from Jamaica’s Festival Song Competition to the Sunbeam Boys Home. Since returning to Jamaica following his incarceration, Banton has been doing a lot to try and help young people who want to pursue their studies but may not be able to because of financial restraints.

He also created a scholarship fund at his alma mater, Denham Town High School, earlier this year, where he was quoted as saying:
“I am proud of you. At your age, as a student at Denham Town High School, I recalled sometimes going without due to my family’s financial challenges. Despite this, I had great dreams and ambitions of a successful career as a musician and remained focused on that goal. Take all the subjects taught at school seriously, especially writing and accounting, as those will prepare you to successfully function in the working world.”

Patrice Roberts is hot AF! as she celebrates her birthday today 0