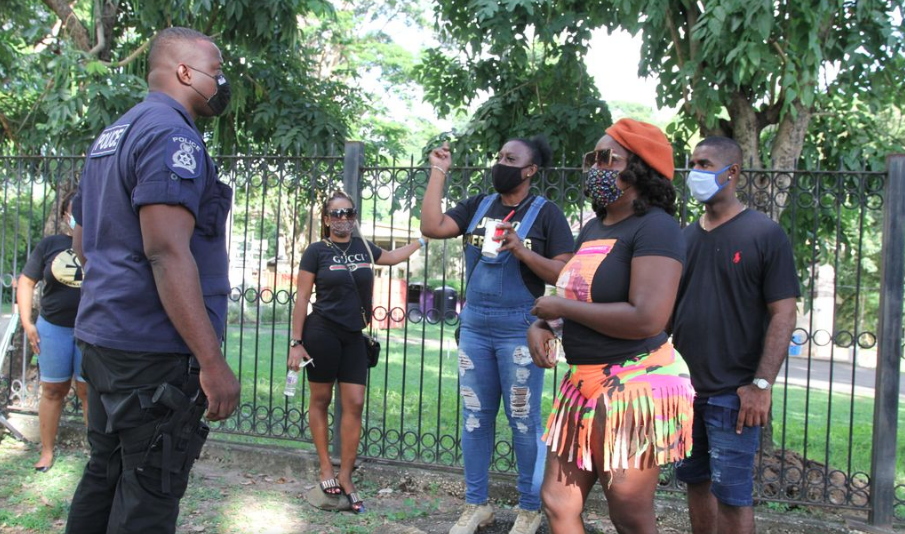 DSS investors call on government to ‘have a heart’

A small group of Drugs Sou Sou (DSS) members, made up mostly of women, gathered outside the Diplomatic Centre, St Ann’s on Saturday, just as the Prime Minister was providing his latest revisions to the Covid 19 restrictions.

Rhonda Jones, the spokesperson for the group, said many single mothers invested in DSS and they are hoping that Government listens and “have a heart.”

In an interview with media, Jones said the group had planned a motorcade from La Horquetta to Port of Spain on Saturday, but they were not given permission.

So instead, they decided on staging a peaceful protest.

She said what is happening is an injustice and vowed that they will continue protest action until all the money that police seized is returned to the business, so they could continue their investments.

Jones, a teacher, said she invested in the DSS so as to provide devices for her students at La Horquetta South Primary School.

She is one of 18,000 members desperately hoping to get their money back by Christmas.

However, the money will remain in police custody for the next three months while investigators try to trace its origins and build their case.