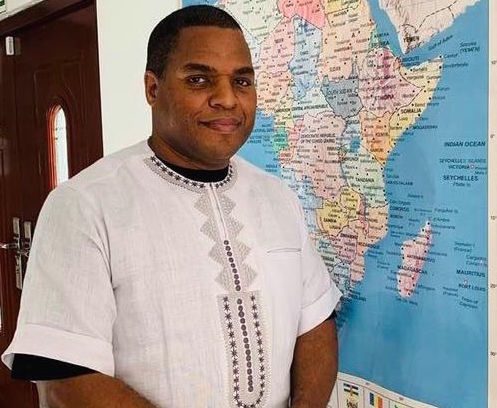 Caribbean Representative of the Nation of Islam and director of the Black Agenda, David Muhammad, is pleased with the guilty verdict in the US trial of white police officer Derek Chauvin, in the murder of African-American bouncer George Floyd.

Chauvin was filmed kneeling on Floyd’s neck for more than nine minutes, sparking mass protests against racism.
He was found guilty on Tuesday of second-degree murder, third-degree murder and manslaughter.

Speaking to izzsomedia today, Muhammed said “That in contrast to some of the more famous trials based on race and ethnicity in crime, such as the Rodney King trial of 1992 and the OJ Simpson trial of 1995, this one seemed to have a more unanimous agreement across all races and ethnic groups across the United States and by extension the world at large.

But will such a verdict have an effect on our society and policing in Trinidad and Tobago? Muhammed said he had a couple concerns, especially as many in our society tend to be sensitive towards the George Floyd’s on the outside, but at home, we do not stand up for those killed in cold blood by police in our society.

Muhammed said he’s also concerned by the many killings at home that have been swept under the rug.

In the meantime sentencing for Derek Chauvin is likely to happen in two months, and he could spend decades in jail.

However, reports are that Chauvin is likely to appeal the verdict.