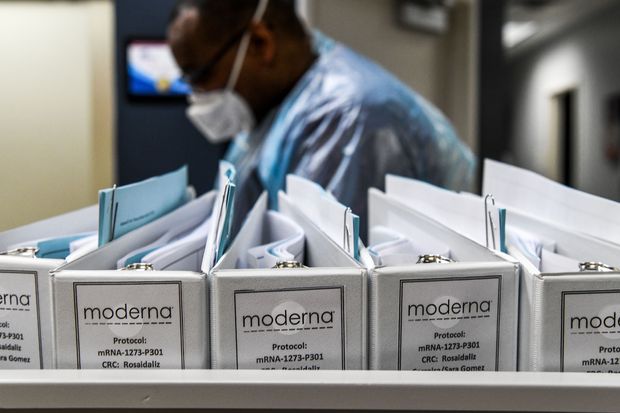 On Wednesday 30th American company Moderna announced that clinical trials of its experimental vaccine against COVID-19, one of the most advanced, will not be completed before November 25th. The deadline therefore excludes any commercialization of the immunizer before the presidential elections in the United States, scheduled for November 3rd.

“We will have enough data on (vaccine) safety on November 25th so that we can request an emergency approval from the Federal Medicines Agency, as long as the safety data is positive, “said Stephane Bancel, CEO of Moderna, at a conference organized by the newspaper” Financial Times “.

A Modern, along with American pharmaceutical companies Pfizer e Johnson & Johnson, it’s in phase 3 of clinical trials, in which the experimental vaccine or placebo is randomly injected into tens of thousands of volunteers to see if the vaccine is safe and effective.

Phase 3 vaccine tests AstraZeneca / Oxford remain suspended in the country, even after researchers certify that the resumption of the tests is safe – the tests returned in Brazil and in other countries.

U.S. President Donald Trump, a candidate for a second term, has repeatedly expressed a desire to get a vaccine before the November 3rd elections, which has raised concerns among public health experts about possible political pressure in the regulatory process.

Only one laboratory, Pfizer, expects results by the end of October, a few days before the vote, which would allow the company to immediately seek approval from the Federal Medicines Agency.

This testing protocol provides a provisional analysis of the data at a relatively early stage compared to the others. But scientists and clinical trial experts warn of the risks of too rapid approval, as they consider it more pertinent to test the vaccine for a few more months, to be sure of its effectiveness and possible side effects, especially since the vaccine would be applied in hundreds of millions of people.