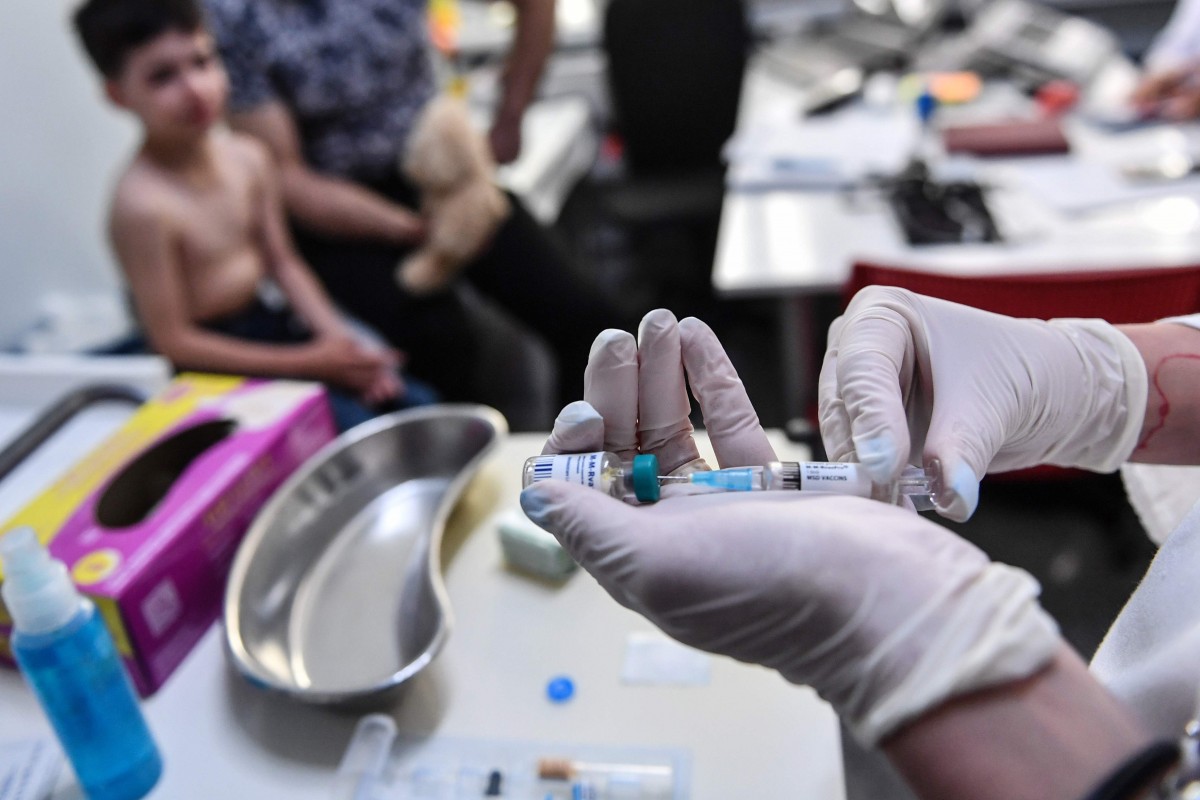 PAHO’s immunization specialist in Brazil, Lely Guzman, said during the National Immunization Day, on October 17h, that there is an important underreporting at the global level.

“We need to do a lot more in order to get measles out of our lives. And we still have to ask another question: are we notifying all cases with the context of the pandemic in 2020? It is a question that we are all asking not only here in the Americas region” , warned the epidemiologist. “Global underreporting has been very important since the Covid-19 pandemic.”

Lely Guzman recalled that the American continent had obtained the stamp of measles eradication in 2016, but returned to record cases of the disease in the following years, a phenomenon that experts relate to the drop in coverage of the triple viral vaccine.

In 2019, the world reached for the first time in history an average vaccination coverage of 85% against the disease, surpassing 90% in 63% of countries. The percentages were higher in Asia, and lower in Africa. Even so, outbreaks were recorded in most regions, including the Americas, where Brazil had the highest number of cases, with 19,326 among the 21,674 records on the continent. In 2020, PAHO data from early October showed that Brazil accounted for 8,187 of the 8,463 cases on the American continent.

In addition to the possibility of underreporting, the drop in applications of the first dose of the triple viral vaccine in Latin America also worries the organization. Since January, an analysis of 25 countries in the region shows that the number of immunizations applied has been below the level of last year.

At the beginning of the year, the disadvantage was less than 5% compared to 2019, with the application of doses still above 300 thousand per month. The difference starts to widen in March, and exceeds 30% in April and May, falling to around 25% in June. In April, less than 200 thousand doses of the vaccine were applied, while last year, the level was above 250 thousand.

“Brazil has a very broad vaccination schedule and one of the best in the world, with free vaccines. These are vaccines that prevent many diseases and we have to take the opportunity. The challenge is not only for health professionals, the government or the authorities , belongs to all of us “.

Sought by Agência Brasil, the Ministry of Health affirmed that “it has been acting strongly with the states in the fight against the measles outbreak in the country”.

“In 2020, 21 federal units reported measles cases, totaling up to week 37 (09/12/2020), 15,734 reported measles cases, 7,939 (50.5%) confirmed, 7,177 (45.6% discarded and 618 (3.9%) under investigation This Ministry of Health constantly guides the active search for suspicious cases, as well as its weekly notification, in order to identify measles cases across the country, therefore, state and municipal surveillance are oriented to continue the search and notification of measles cases, even in the context of the covid-19 pandemic “