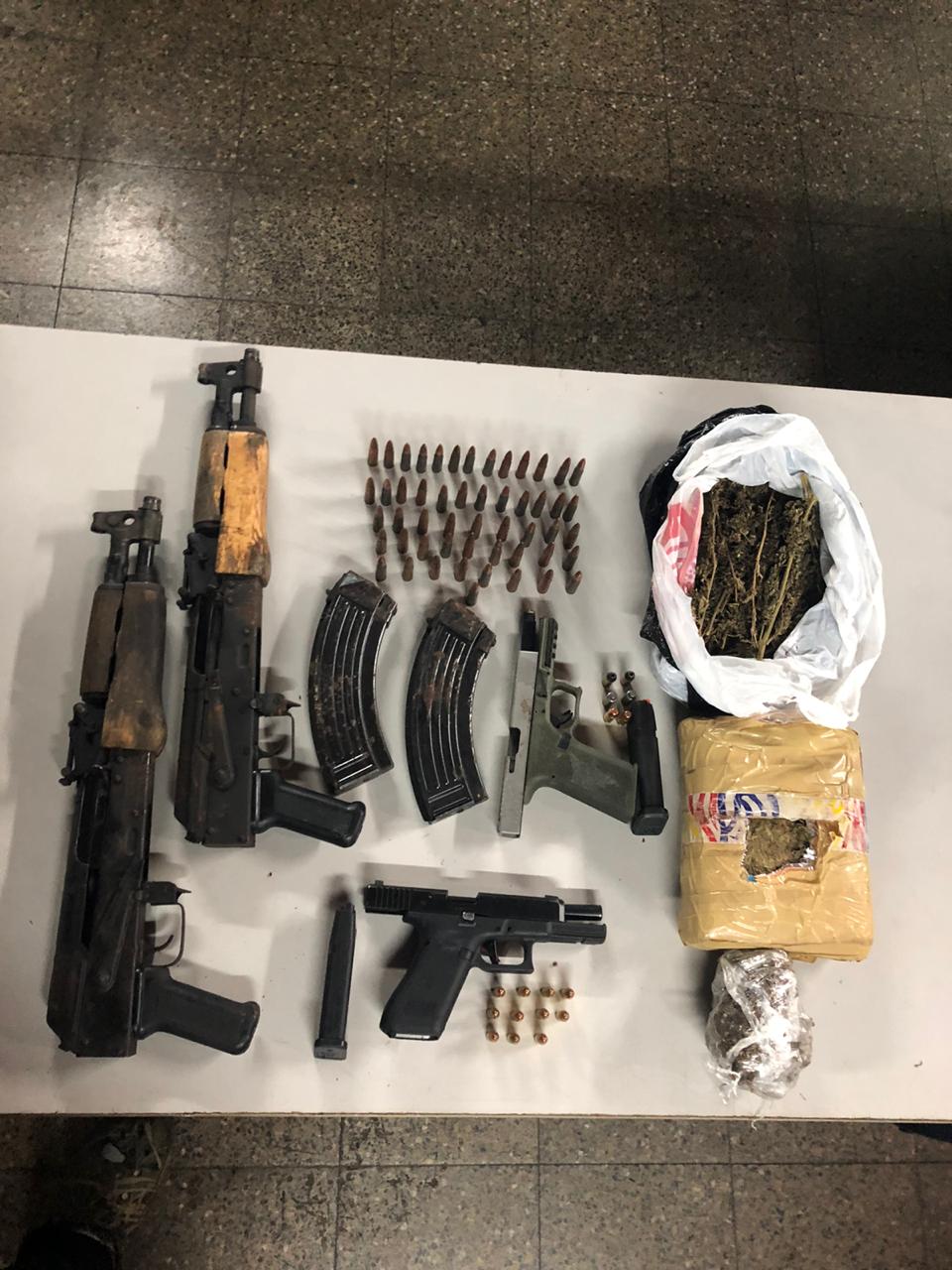 Four persons were arrested after police seized two high-powered weapons and two pistols in the Southern Division on Monday night.

During an anti-crime exercise between the hours of 4:00 pm and 10:00 pm on October 19th, 2020 in the Southern Division, officers seized

Last Saturday, police detained a key murder suspect walking along Boodoosingh Street with a bag that contained two high-powered rifles and a quantity of ammunition.

Acting Commissioner of Police, Mc Donald Jacob highlighted his appreciation for the efforts demonstrated by the motivated team of police officers in the Southern Division and supporting units.

He said, “The spike in the murders over the past weekend didn’t dampen their spirits. This is the quality of dedication that is needed, and it is also a positive example for other officers within the TTPS.”

He said the police’s intention is to dismantle the gangs and weaken their capacity.

“We will be relentless in going after these ruthless criminals who seem to be on a path of destruction and
mayhem,” he said.

Young assures reform for Prison Service and a parole system 0