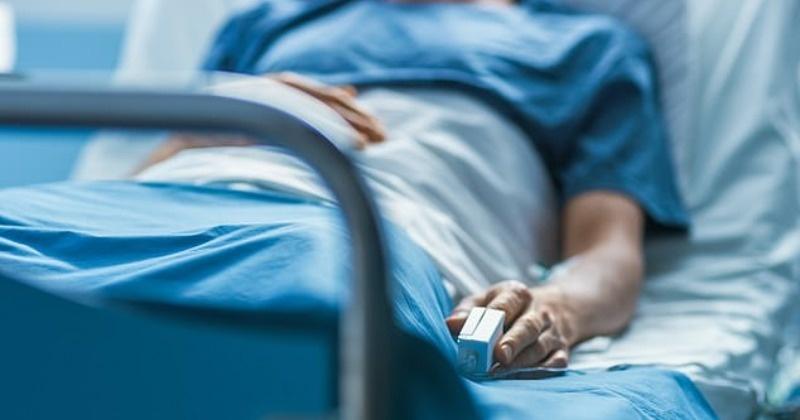 According to reports, the patient had contracted coronavirus and the erection was due to a rare complication of the disease.

The unidentified 69-year-old, from Ohio was diagnosed with the condition, known medically as priapism, while in hospital with a severe bout of Covid last autumn. He was admitted to the Miami Valley Hospital in August with severe breathlessness and inflammation, which had caused fluid to build up inside his lungs.

The patient, who was obese, was sedated and put on a ventilator when his condition deteriorated and his lungs started to fail after 10 days of treatment. Medics placed him face down in the prone position for 12 hours as an emergency technique to help get air around his body. When he was turned onto his back later in the afternoon, nurses noticed he had developed an erection.

Writing in The American Journal of American Medicine, medics who treated him said they believed Covid had caused blood clots in his penis.

An ice pack was applied to the patient’s penis to try to bring the swelling down but the stiffness persisted for three hours. Doctors then had to drain the blood from his penis using a needle. While the priapism did not return, the patient died in ICU when his lungs eventually failed. They said the corpora cavernosa (the chambers of tissue inside of his penis) were rigid, yet the tip was flaccid.

The man was diagnosed with low-flow priapism ― when blood becomes trapped in the erection chambers, which is believed to have been caused by clots in his blood.

Because the patient was unconscious, he was unable to answer questions about how much pain he was suffering but the condition is known to become excruciating.

One of the effects of coronavirus has been found in many patients to damage blood vessels, causing dangerous blood clots.

While experts are unsure why the virus causes the blockages, the prevailing theory is that it is the result of an immune overreaction called a ‘cytokine storm’, which sees the body attack healthy tissue.

Priapism also affects men with sickle-cell disease, leukemia (cancer of the blood), or malaria, but can happen randomly without any trigger. Blood clotting has been reported as a dangerous complication in up to a third of coronavirus-infected patients. When clots block arteries or veins, the blockages can trigger fatal heart attacks and strokes. They can also lead to priapism.

It’s not the first time this condition has been seen in a patient experiencing severe COVID symptoms, according to multiple reports. A 62-year-old French man had the same condition while in Centre Hospitalier de Versailles in Le Chesnay but, after two weeks in intensive care, he recovered.