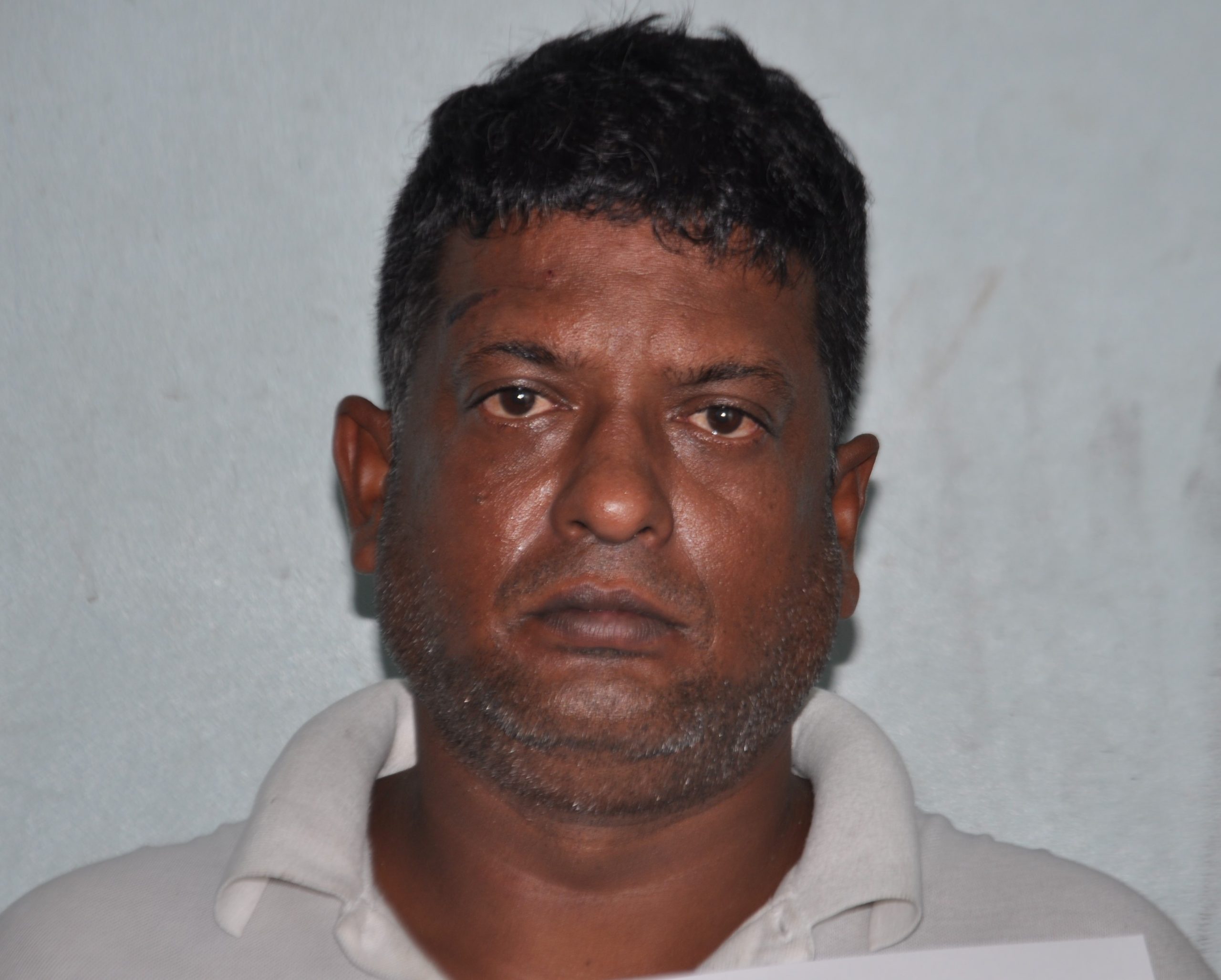 Ryan Lall, 44, of Rio Claro, was arrested and charged with the breach of a protection order.

Around 5.45 pm on Sunday, officers attached to the Emergency Response Patrol Unit (ERP) were on mobile patrol when they responded to a call regarding a domestic violence incident at Esperanz Village, San Fernando.

The officers communicated with a woman whilst on the way to the location where she alleged that a male relative came to her home and was behaving violently.

The victim further reported that she had a protection order against the suspect.

The officers arrived around 5.55 pm and met the suspect, who appeared to be highly intoxicated.

He was also acting violently, as he slammed a stone and debris into the gateway of the home.

The officers attempted to pacify the suspect, but he started to attack the officers and members of his family.

When the suspect rushed towards one of the officers with a piece of wood, the officer drew his service Taser and called upon him to drop the wood.

The suspect ignored the officer’s instructions, continued to advance, and was eventually tased by the officer.

The suspect was then subdued and taken to the San Fernando General Hospital, where he had to be physically restrained and was administered a sedative.

He was then taken to the San Fernando Police Station and was charged with the breach of a protection order.

Teniel Campbell joins Mitchelton-SCOTT for the next two seasons 0