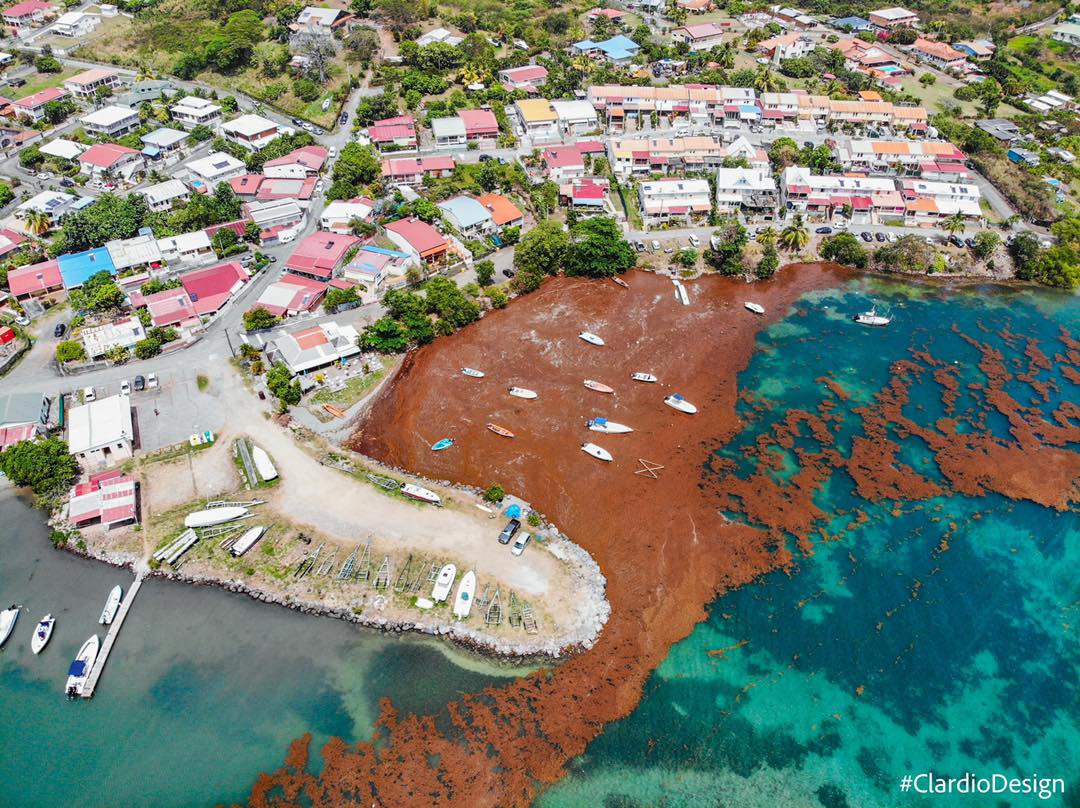 Images seen from the sky show a huge brown spot stuck to the coastline of Trois-Rivières, and they leave Internet users and all those who discover them speechless. Sargassum spreads from Sainte-Luce to Diamant.

The commune of Sainte-Luce is rarely affected by these stranding of brown algae. The first time she experienced this phenomenon dates back to August 2014 as written on her site.

Undoubtedly following the Bertha phenomenon, Sargassum algae had invaded the beaches of the village, Gros Raisin, and Corps de Garde.

Mayor Nicaise Monrose had called a crisis meeting to organize the “algae removal site” as quickly as possible. The municipal technical services were quickly set to work to clean the town first, then the beaches of Gros Raisin and Corps de Garde.

A forecast bulletin for Sargassum stranding can be consulted on the website of the prefecture and the DEAL, Department of the Environment, Planning and Housing.

According to this bulletin, the risk of stranding is high for the next 4 days. An analysis carried out in the Antilles area shows the presence of rafts on the outskirts of the French islands. Arrivals for the next few days could take place for the entire West Indian archipelago.

Around Martinique, groundings have taken place everywhere since last Tuesday. The Sargassum are there, especially in the South Caribbean, they stretch from Sainte-Luce to Diamant.

This arrival is perhaps a little more substantial than what was expected. Even if arrivals are still possible in the coming days, they should be less significant for the South Caribbean area.

Arrivals of this nature are, on the other hand, likely to affect the entire Atlantic coast. Indeed, the detections are still numerous. As much on the outskirts of Barbados, as in the east on the near Atlantic, as well as in the east of the Grenadines and Trinidad and Tobago, algae are present and could move towards our islands concludes this bulletin.