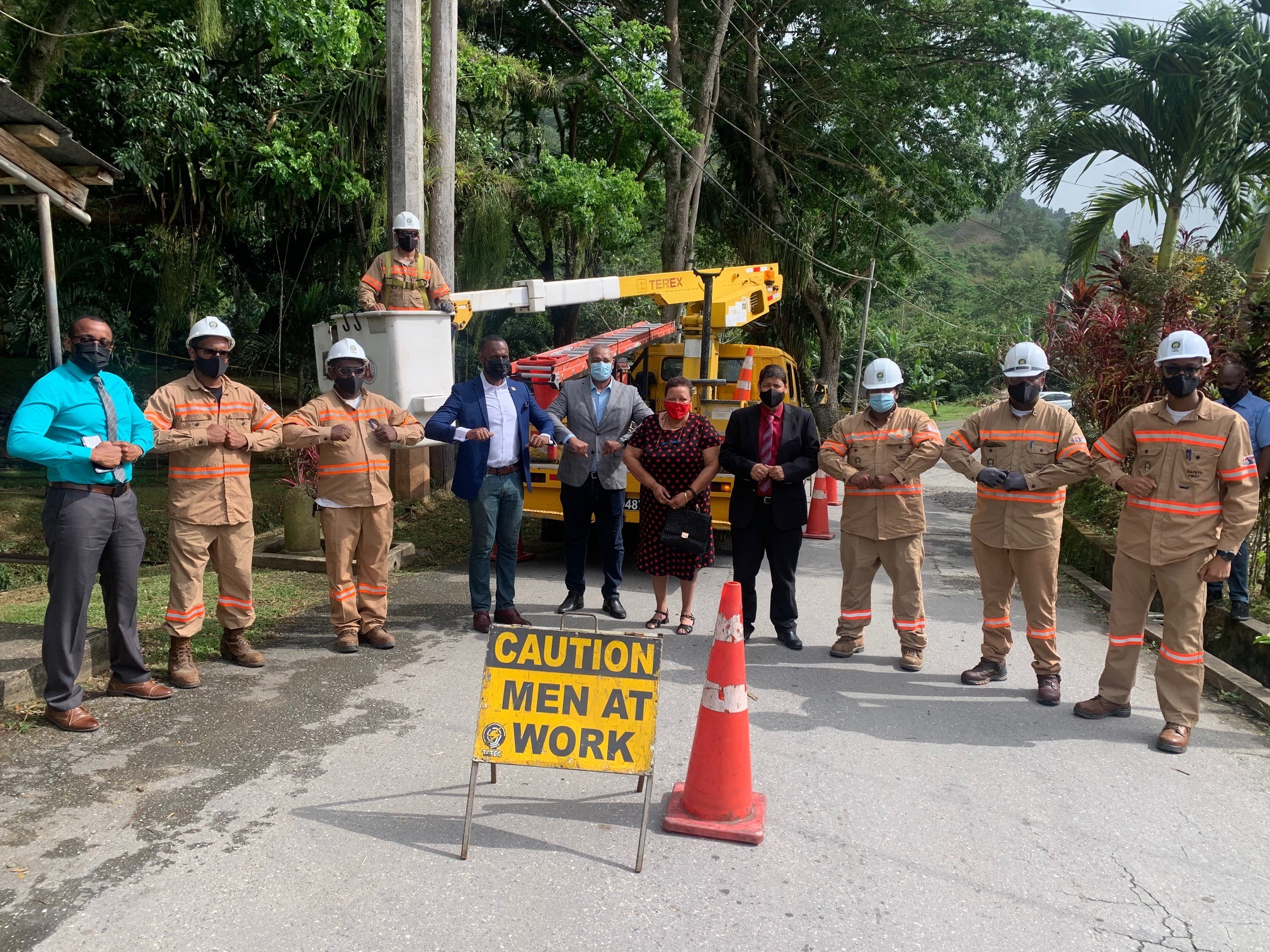 The residents of Lopinot stand to benefit from the installation of streetlights on a section of the Lopinot Main Road, and an improved and increased water supply to La Pastora Village, Lopinot, due to the construction of an intake along the Lopinot River.

In a ceremony held yesterday to mark the completion of the streetlighting project, and the launch of the La Pastora Intake Project, Brenda Salina, a resident of the area, spoke about the impact of the streetlights on the community.

She said in the past, residents were sometimes stranded since it was not considered safe to travel along the road in the dark of night.

The long stretch of winding road had been without lights for forty years.

The street lighting project, which involved the involved the installation of one hundred and twenty-seven LEDs and one hundred poles along the Lopinot Main Road, was completed at a total cost of approximately one point one seven million dollars.

The La Pastora Intake Project will be completed in two months at an estimated cost of approximately one point six three million dollars.

Minister of Public Utilities and Member of Parliament for Lopinot/Bon Air West, Marvin Gonzales, in his remarks, highlighted the impact that the water project would have on the quality of life of persons from the area.