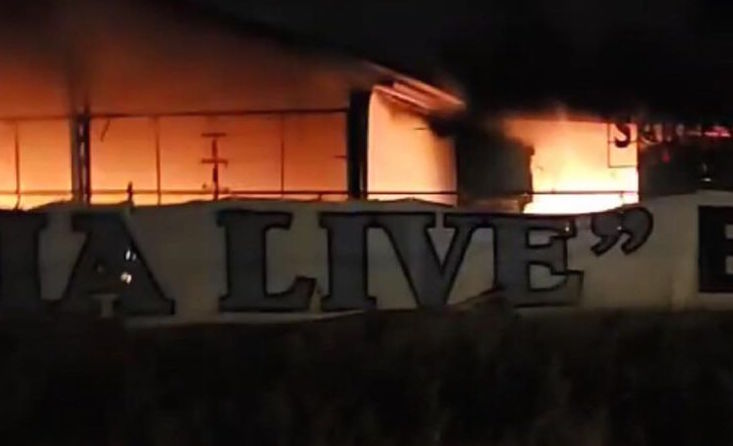 An early morning fire has destroyed the India Live Expo in Chaguanas.

Reports are that the blaze began around 3.15am and quickly spread.

Fire officers had to break a concrete wall in order to gain access into the building, however they were unable to save anything.

The Expo was operated by local businessman, Vijay Ramai, who told reporters this morning that he believes he was a victim of an arson attack as “There were numerous arson attempts at this building in the last six months.”

Ramai estimates that the building and stock destroyed was valued at $15 million.

Fire officials have launched an investigations to determine the cause of the blaze.

“Buh A A”: Man Poops On Restaurant Floor After Being Denied Service 0