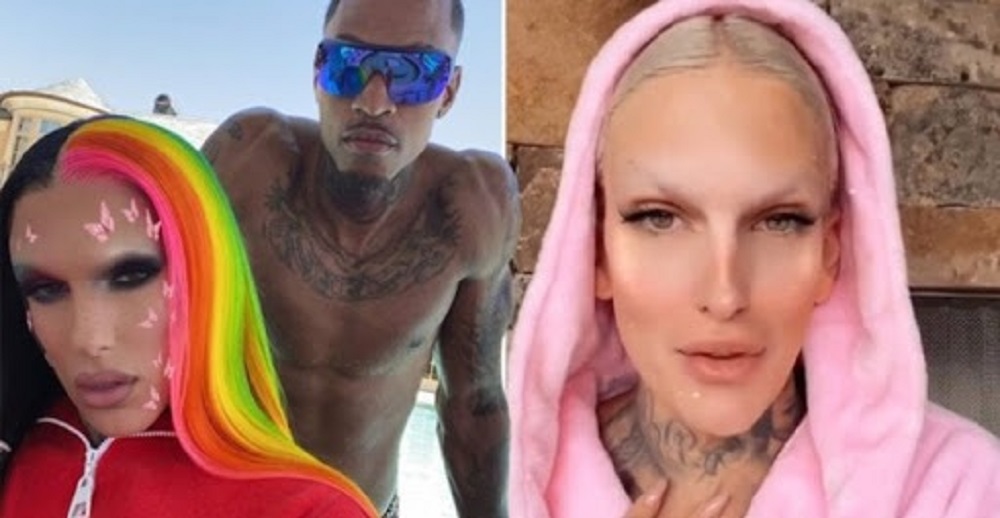 After American Beauty Mogul/Youtuber Jeffree Star accused his basketball player boyfriend Andre Marhold of stealing from him and not answering his calls, Andre publicly shared via a social media post that Jeffree had paid him $70K to date him.

Following the accusations, Marhold took to his Instagram Story to write, “Jeffrey blocked me [laughing emojis] y’all this man lies thru his teeth! Sad bruh (crying emoji).” He also added, “Jeffree unblock so we can talk about this on LIVE so the people can see how you lie!”

News of their ill-fated romance comes a month after the Jeffree Star Cosmetics owner insisted that Marhold was not using him as a payday. He tweeted on August 24th, “I know it’s devastating news for some people, but I don’t give money to anyone I’m dating or anyone who is f–king me. Work on your own insecurities sis, I’m not the problem.”

As for Marhold, his previously private Instagram account is now public. In an recent post, he uploaded a photo of him and Star with the caption, “I JUST NEEDED A BAG.”

Additionally, in a since-deleted Instagram Story, Marhold seemingly threatened Star, “Ima [sic] just leave my page public for another another [sic] hour, then go private and really let these people know about you. YOU & ME BOTH KNOW TOU DONT WANT THAT? JUST DELETE THE VIDEOS AN CALL IT.” 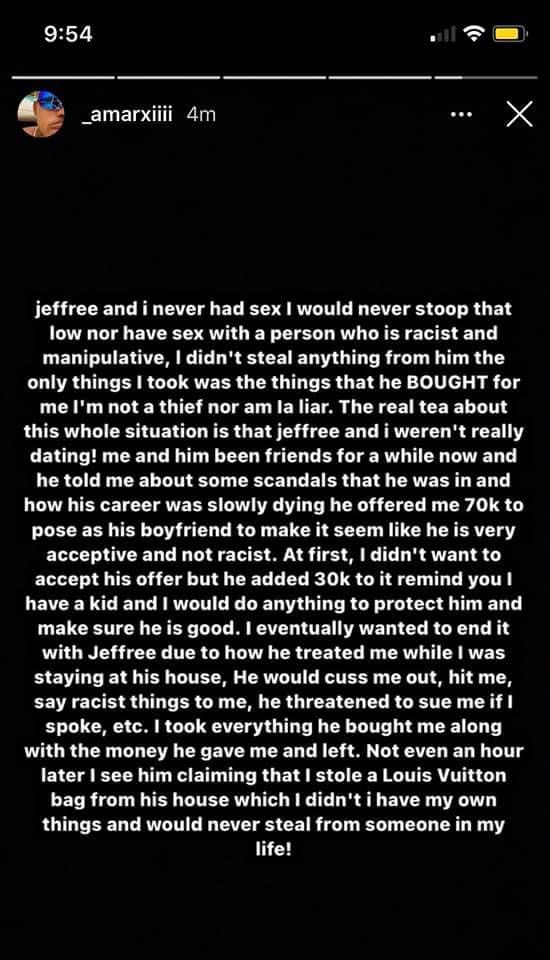