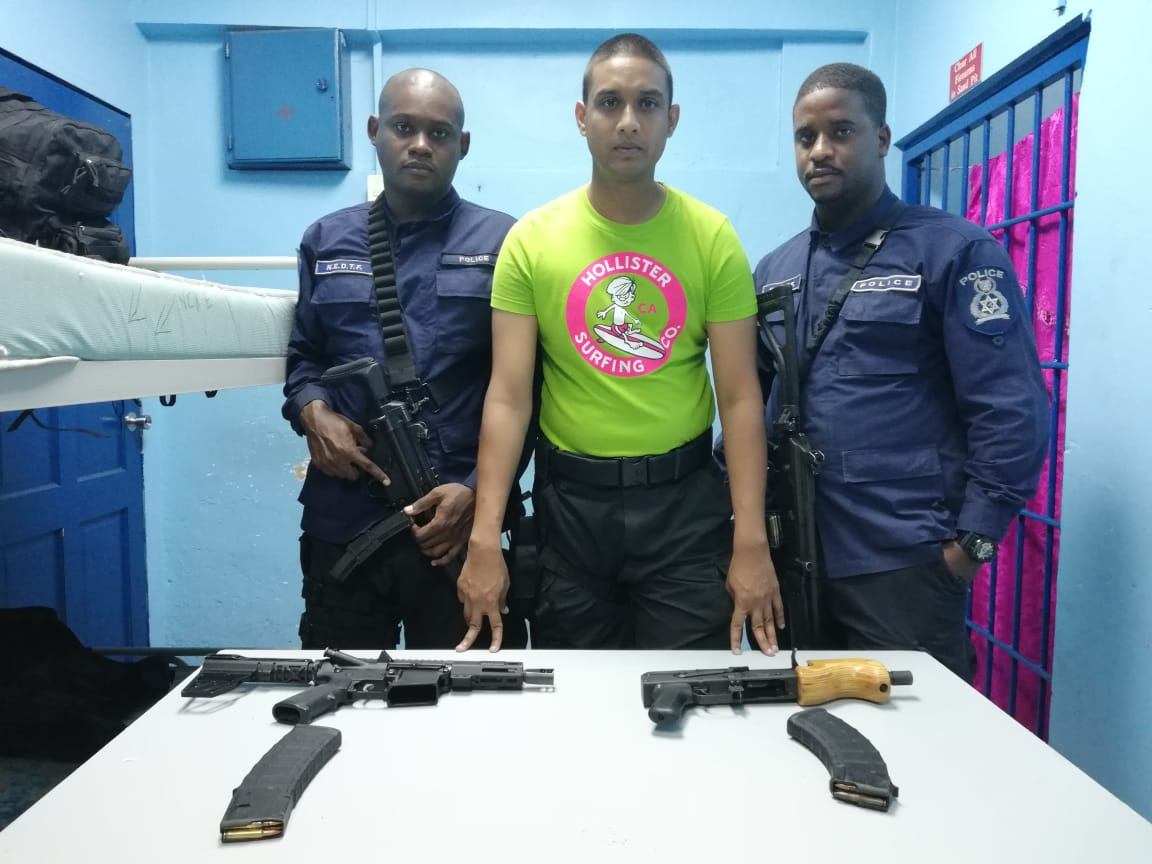 Two assault rifles each fitted with a magazine were found and seized by officers of the North Eastern Division Task Force, during an anti-crime exercise on Friday.

During the exercise, a search was conducted at the home of a man at Upper 7th Avenue Malick.

When the officers arrived, they saw the suspect in the doorway of his house.

On seeing the officers, the suspect ran through an alley and over a wall.

As the search continued at the suspect’s home, the officers found and seized two assault rifles fitted with magazines.

Checks revealed that the magazines contained 36 rounds of 5.56 millimetre and 30 rounds of 7.62 millimetre respectively.