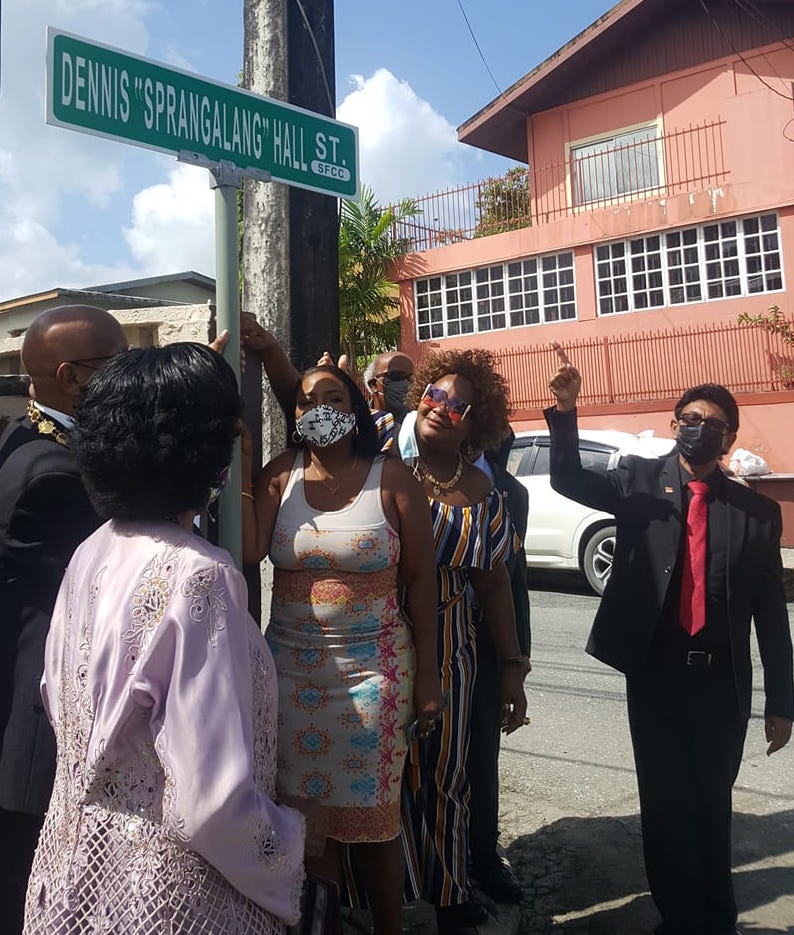 Sprangalang gets street named after him in Sando

The Ministry of Rural Development and Local Government along with the San Fernando City Corporation, honoured Dennis ‘Sprangalang’ Hall on Wednesday 18th November, by naming the street to enter Skinner Park after him.

”Sprangalang possessed an unparalleled sense of humour, he was an avid story teller and a walking cultural museum, he truly was a national treasure, said Minister Kazim Hosein.

His Worship The Mayor Alderman Junia Regrello, said “in commemoration of the 32nd Anniversary of the City of San Fernando, which was declared “The Year of The Arts”, this afternoon we witnessed the unveiling of the Dennis “Sprangalang” Hall Street sign.”

The very well-known “Park Street Extension” at Skinner’s Park has been officially named after the late Mr. Dennis Hall, an iconic giant who helped to shape the cultural landscape of the City.

For this reason, members of Council thought it fit to name this street in his honour, said Mayor Regrello. 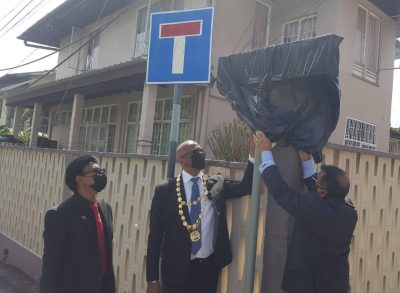 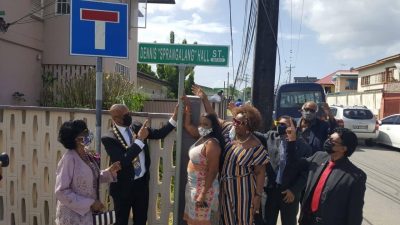 TT under Adverse Weather Alert from midnight tonight until Saturday 0