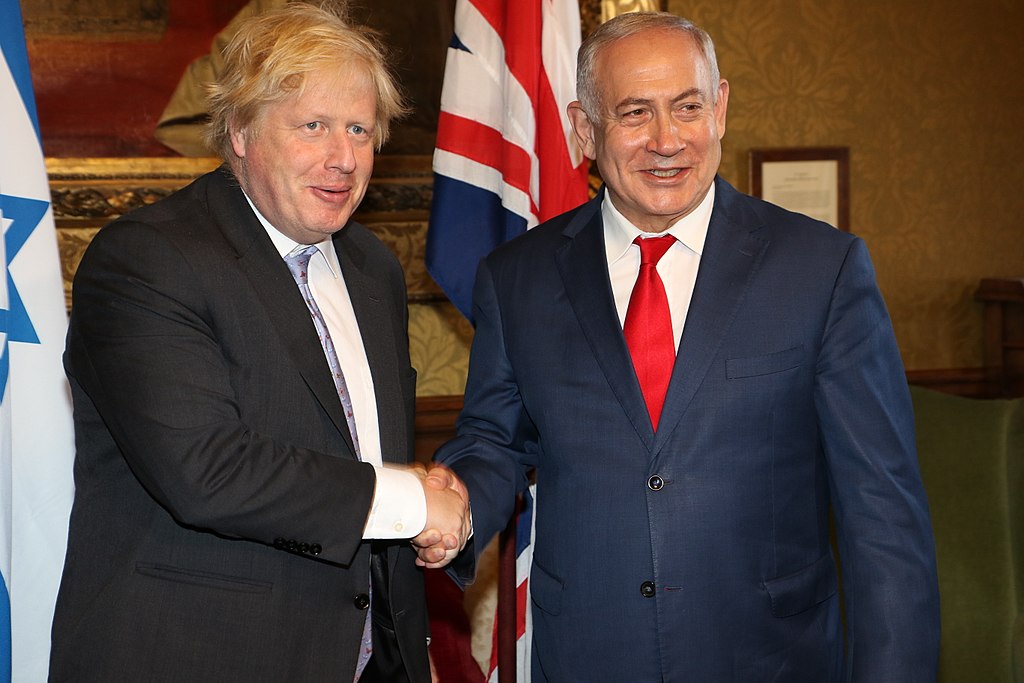 Israeli Prime Minister, Benjamin Netanyahu, travels to London on Thursday to meet UK’s Prime Minister Boris Johnson, on a visit that had not been briefed in advance by either side.

Netanyahu this week cancelled a scheduled trip to India, citing commitments at home surrounding the imminent general election in Israel.

In London, he will also meet the US defence secretary, Mark Esper, according to the prime minister’s office. Esper’s visit has been well trailed and coincides with a visit to the UK by the US vice-president, Mike Pence.

Netanyahu is facing difficult elections in two weeks’ time. He has been negotiating a statement of support to protect Israel security with the White House, as a way of boosting his stature ahead of the poll. He spoke to Esper on the phone on Tuesday.

Entangled by corruption allegations that make his electoral performance hard to predict, Netanyahu is relying heavily on external events and support to bolster his campaign.

He is an old ally of Johnson and is likely to want to discuss the UK’s approach in the Middle East, especially Iran, including proposals by the French president, Emmanuel Macron, to keep the Iran nuclear deal alive by offering a $15bn credit line to Tehran to help with the purchase of Iranian oil. This would require the US to grant exemptions or waivers for countries to buy Iranian oil exports.

In a tone that will reassure Israel, the US administration said on Wednesday that it was sceptical about the French proposals. The US special representative for Iran, Brian Hook, slapping further sanctions on Iran, said he had seen no substantive French plan.

“We did sanctions today. There will be more sanctions coming. We can’t make it any more clear that we are committed to this campaign of maximum pressure and we are not looking to grant any exceptions or waivers,” Hook told reporters.

Netanyahu said last week that it was the wrong time to put out peace feelers to Iran. He will be emboldened in that view if Iran goes ahead with plans to announce further steps to reduce its commitments under the nuclear deal. Tehran has said it will announce the steps in the next 24 hours but would not implement them for two months.

There has also been tension between Israel and the US over airstrikes attributed to Israel that hit militant positions in Iraq. The strikes may stoke resistance to US troop presence in Iraq.