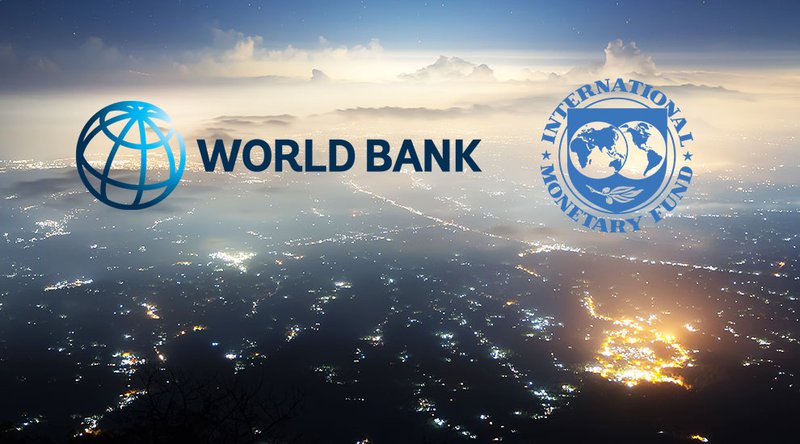 The two most important international credit organizations in the world, the IMF and the World Bank (WB) opened their annual meetings on Wednesday with a new call for the rich to help the poor to face the impact of the coronavirus pandemic globally.

The leaders of the IMF and the World Bank have reiterated in recent days their calls for governments to continue increasing public spending to sustain the economy and avoid a worsening of the crisis.

But with sovereign and corporate debts skyrocketing against record-low interest rates, the crisis is a difficult puzzle for those Washington-based institutions that have always trumpeted fiscal caution.

IMF Managing Director Kristalina Georgieva and World Bank President David Malpass regularly call not to be confident of an early economic recovery and urge the biggest creditors – China and large private lenders in particular – to do more to ease the crisis and debt burden faced by the most vulnerable countries.

“Nine months into a pandemic, and we are still dealing with the darkness of a crisis that has claimed more than a million lives, and that put the economy in reverse, causing unemployment, increasing poverty, and the risks of a ‘generation lost ‘in low-income countries, “summarized Georgieva.

“I am very concerned that support for workers and companies will be withdrawn prematurely, because that could cause a wave of bankruptcies and a massive increase in unemployment,” he warned.

World GDP will decline 4.4% this year, compared to 5.2% estimated in June, according to the IMF. The improvement is mainly due to the opening of some advanced economies, although the reactivation towards next year loses strength. But it is also explained by the 12 trillion dollars in resources that governments injected into their economies around the world.

Growth losses over the next five years are estimated at about $ 28 trillion.

With a rise in infections in many countries and no vaccine in sight, Georgieva warned that all countries face a challenge to get out of the crisis that will be “difficult, uneven, uncertain, and prone to setbacks.”