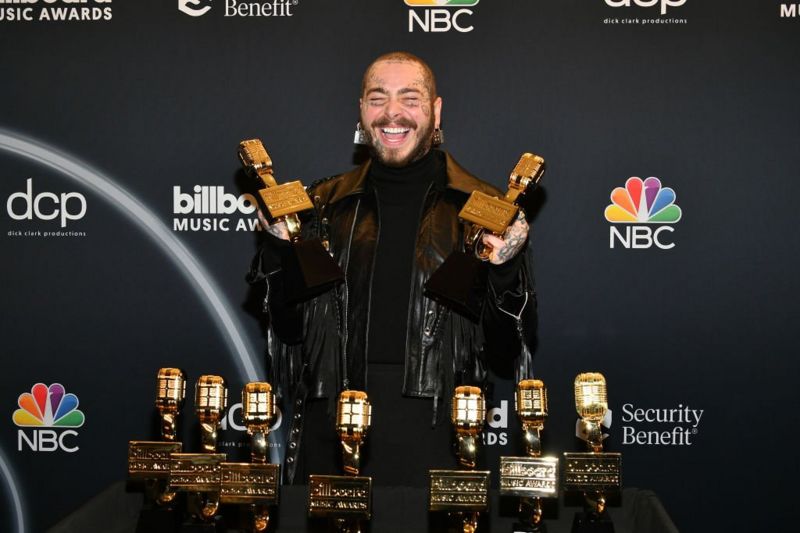 Eight of his trophies were delivered in a cart by host Kelly Clarkson, who pushed them towards him “Covid-style”.

“I can’t touch you, so I had to wheel it out,” joked the singer.

Malone’s domination of the award categories came after a year in which he scored two multi-platinum singles in the US, Sunflower and Circles; while his third album, Hollywood’s Bleeding sold three million copies.

The singer-songwriter and rapper, 25, said he was “blown away, just by the love that everybody’s shown to me”.

“We just try our best every day… to reach out to people who might not have anybody to turn to and show everybody that they’re not alone, and music can bring everybody together,” he added.

“It’s absolutely incredible and I just want to say, thank you so very much, ladies and gentlemen. I’m blown away. I’m floored.”

The three-hour ceremony, which was originally scheduled for April, was held at the Dolby Theater in Los Angeles. While many artists performed in person, there was no live audience.

Many of the winners and performers used the televised ceremony to urge fans to vote in the US presidential election. 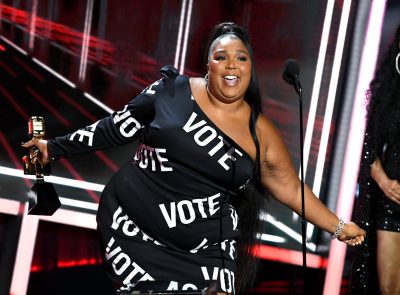 “I’ve been thinking a lot about suppression, and the voices that refuse to be suppressed,” she said. “Let me tell y’all something. When people try to suppress something, it’s normally because that thing holds power. They’re afraid of your power.

However, broadcaster NBC censored Demi Lovato’s performance of Commander-In-Chief – a new song that takes aim at President Trump. Although she was permitted to play the song in full, a video screen displaying the message “Vote” was edited out of the TV show.

According to TMZ, the network felt the message would be seen as a call to vote against the president, rather than a neutral call to action.

Despite that, the network tweeted a photo of Lovato’s performance in which the “Vote” backdrop dominated the image. Lovato retweeted the picture without comment.

John Legend gave one of the night’s most moving performances, dedicating the song Never Break to his wife Chrissy Teigen, just weeks after the couple lost their unborn baby.

“I know everybody out there has been through so much this year,” Combs said, accepting the prize for top country artist.

“I want to thank the crew that is working on this show tonight, because they have gone through some insane stuff to make this happen for you guys. I hope everybody’s staying safe at home.”

Doja Cat gave off vibes of Chicago’s Roxie Hart as she performed a medley of hits – wearing a throwback dress and wig, while combining Bob Fosse choreography with the TikTok dance craze that propelled her single Say So into the charts. 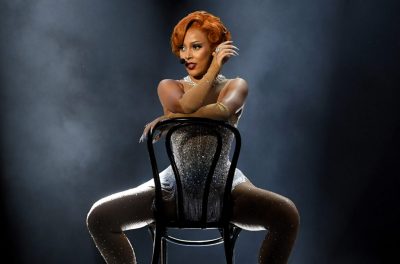 “Just a few days ago, a true giant was taken from us,” said the singer. “He was a legendary guitarist, an amazing musician and an incredible songwriter. He will never be forgotten.”

R&B legends En Vogue closed the show with a rousing performance of their anti-racism anthem Free Your Mind. 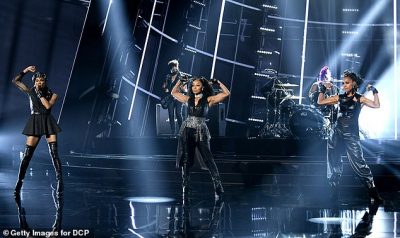