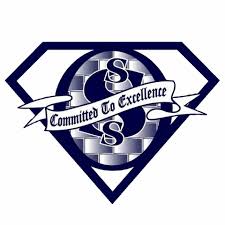 The students led a protest demonstration at the school claiming that the school is in need of repair. They noted that the classrooms needed to be fixed and some of the labs were out of use, with caution tape stuck to the doors. The students claimed that they had contacted the Education Division Head Kelvin Charles for a statement, but he never responded. However, in a statement released by Charles who is also the Chief Secretary of the Tobago House of Assembly, he said that the school would resume its operations today.

Charles said he met with representatives at the school, including TTUTA staff, and senior members of management before making this decision. Earlier this week staff and students had to leave Block A following a putrid scent which was caused by the overheating of the Block’s lighting fixtures.

On Wednesday during a press conference, Charles confirmed that works on the Block were almost complete adding, “at about some minutes after three (on Wednesday afternoon), a final set of works at Block A were 95 per cent complete and since we are talking installation of LED lights replacing the fluorescent fixtures, it is reasonable to conclude that those works are completed.”

A follow-up report was done which recommended that the electrical system throughout the building be evaluated in phases to ensure the continuation of classes. The report also suggested that all issues that are overdue which relates to fire and safety must be addressed.