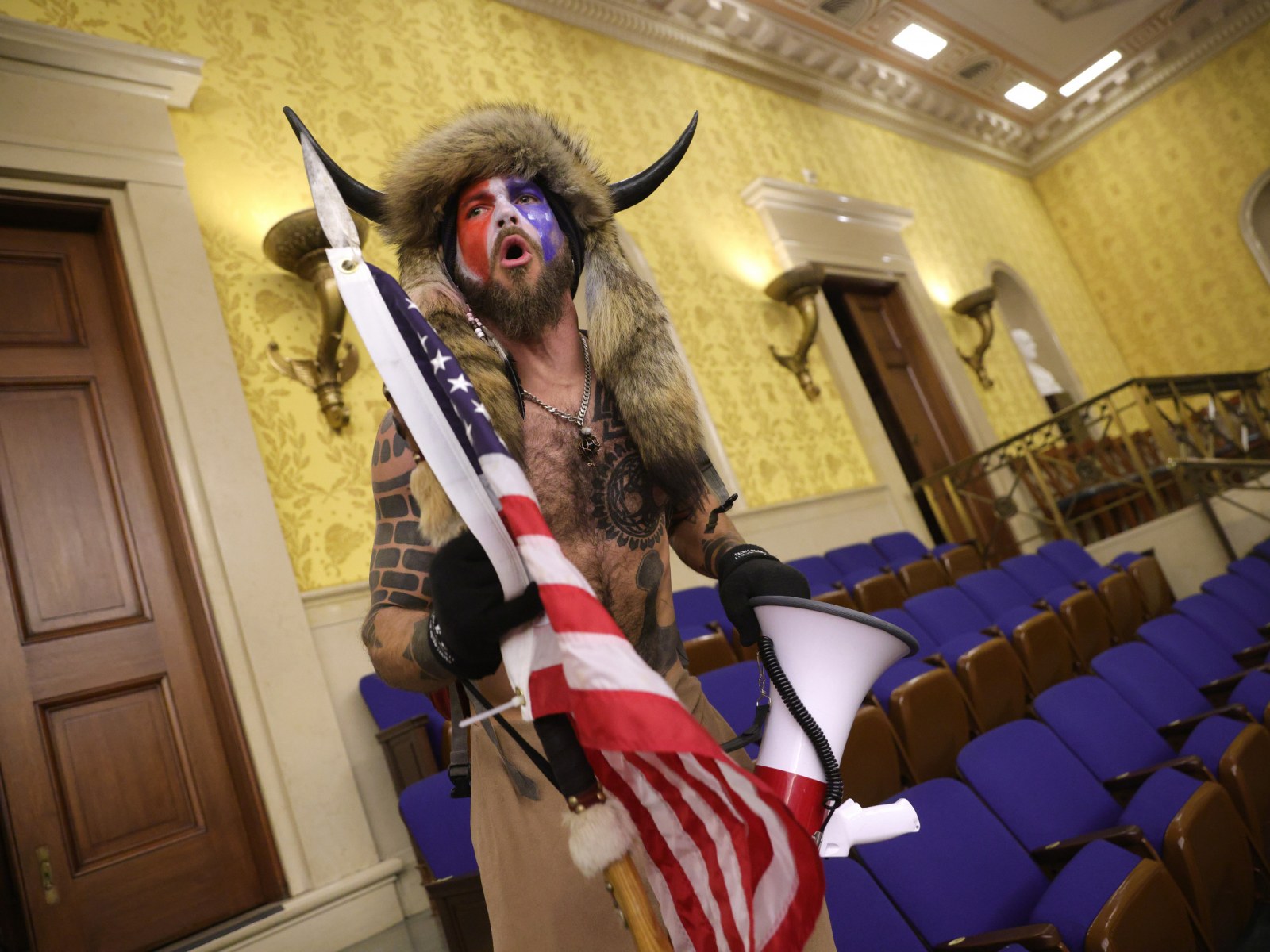 The US Capitol rioter who was photographed wearing a horned hat has officially abandoned his support for Donald Trump.

Jacob Chansley, better known as the ‘QAnon Shaman’, was among the hundreds of Trump supporters who stormed the US Capitol on January 6. He was widely photographed for his attire of choice, a fur-lined, horned hat.

It was this striking ensemble which also later led to his arrest, as authorities were able to quickly identify him from photos.

[Chansley] regrets very, very much having not just been duped by the president, but by being in a position where he allowed that duping to put him in a position to make decisions he should not have made,’ his lawyer told KDSK.

Let’s roll the months of lies, and misrepresentations and horrific innuendo and hyperbolic speech by our president designed to inflame, enrage, motivate. What’s really curious is the reality that our president, as a matter of public record, invited these individuals, as President, to walk down to the capitol with him.

As to my client, the guy with the horns and the fur, the meditation and organic food … I’m telling you that we cannot simply wave a magic wand and label all these people on January 6th the same.

The QAnon conspiracist had begged Trump to pardon him in his final days of office, but the request never materialised.

On Friday, January 15th, a court denied Chansley bail with the presiding judge saying that she has ‘no confidence’ he would follow court orders and voluntarily appear for trial.

The judge said Chansley appeared to ‘righteously believe’ that he had done nothing wrong, and that he was a ‘symbol of what occurred’ at the Capitol on January 6th.

‘This is not a protest, this is a riot, this is an insurrection,’ the judge added. Chansley is facing six federal charges including two felony charges of civil disorder and obstruction of an official proceeding. If found guilty, he faces up to 25 years in prison.

According to court documents, he also left a note for former Vice President Mike Pence while inside the Capitol building, which read: ‘It’s only a matter of time, justice is coming.’

Supporters of the QAnon conspiracy theory were among those who stormed the Capitol earlier this month. The theory alleges a disproven theory that Donald Trump is in a secret war with a clan of elite, Satan-worshipping paedophiles.

Hundreds of believers of the theory were left disappointed earlier this week after Joe Biden’s inauguration went ahead with zero disruption. According to QAnon forums and online threads, conspiracists had been anticipating that Trump would disrupt the inauguration with the help of the military.

One of the biggest QAnon channels on Telegram wrote: ‘It simply doesn’t make sense that we all got played.’

Loading...
Newer Post
Oxford/AstraZeneca Vaccine Delivery to EU to be Cut by 60%
Older Post
“No need for gov’t to reopen the bidding process for the Petrotrin refinery” – OWTU