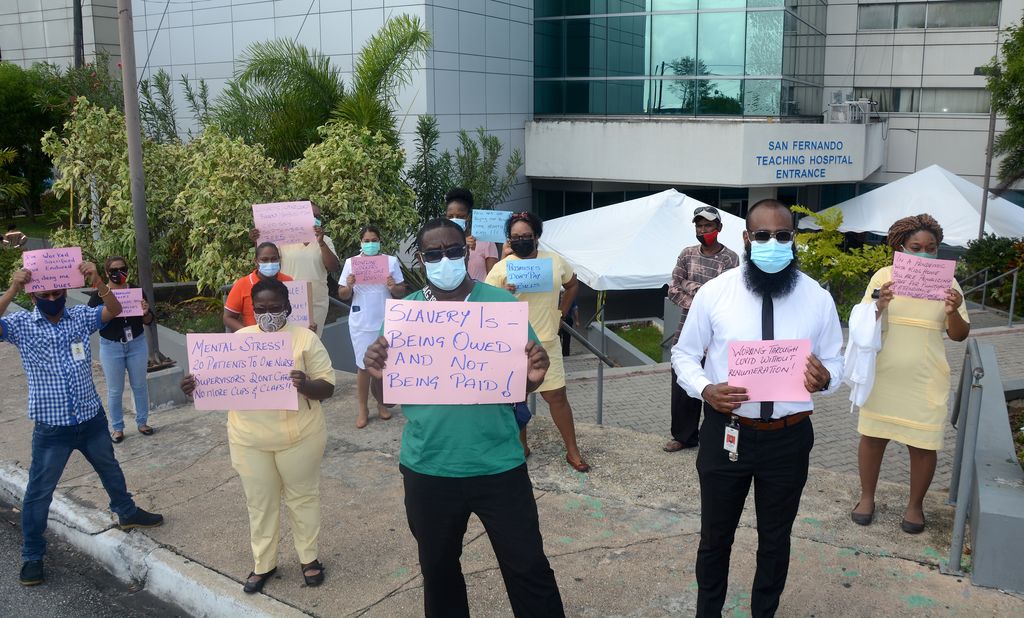 Health care workers used their lunch hour on Monday to stage a silent protest outside the San Fernando Teaching Hospital, to demand that they be paid increments owed to them by the South West Regional Health Authority (SWRHA).

This comes on the heels of a memoranda on Friday, 12 March, from SWRHA CEO Dr Brian Armour, informing employees that it was no longer in a position to honour the final tranche of arrears by March 31 as previously projected and that they hoped that this payment should be made on, or before September 30, 2021.

Clint Walker, PSA’s staff side chairman, said they were promised last year that the payment would be made in three tranches, but the goal post for payment has been constantly shifting.

He said “Workers are fed up because of the fact that we have to work in an environment which is unhealthy at times and we are coming out, we are doing what we are trained and supposed to do for our country. We come out and put health care first and what we are asking is for our remuneration.”

The workers have promised to keep up the action until they get paid.