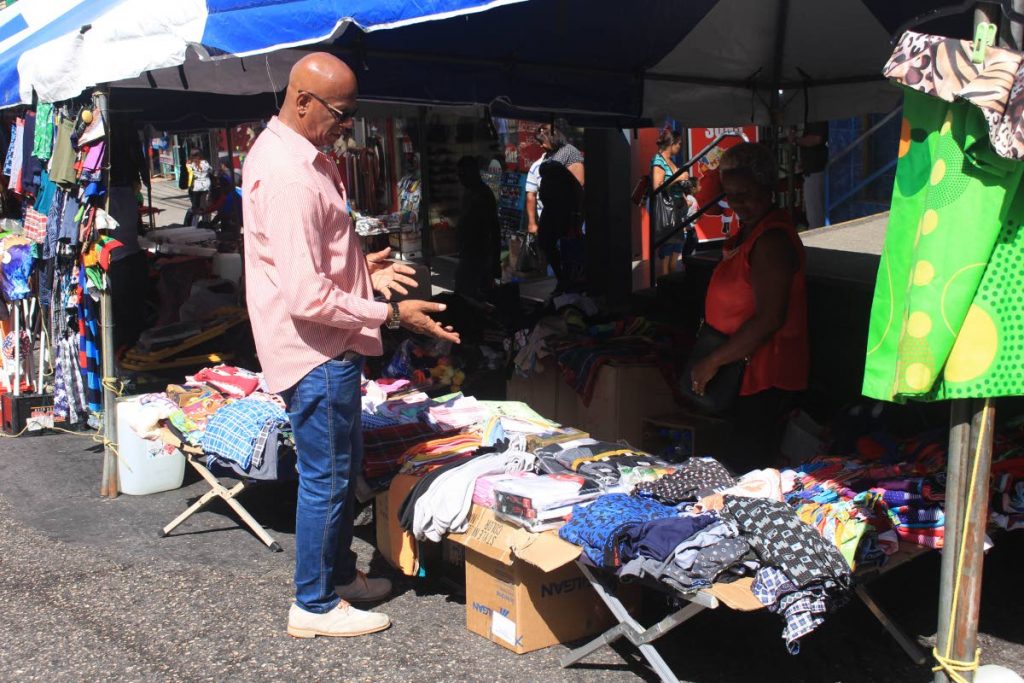 As of today, Tuesday 16 March, there will be no street vending on High Street, San Fernando until further notice.

San Fernando Mayor Junia Regrello says this has become necessary because the vending was out of control.

The mayor said he has always been accommodating to the vendors, but they are not following the rules, the pavement was overrun with their tables and stalls and the vendor population had grown considerably.

He told one media house “They hang up lines, they stretch clothesline on Republic Bank, three rows of clothes hanging up. They are hanging clothes and slippers on the railings on Library Corner. They have three cots coming out onto High Street, they have cots on the pavement. It’s a runaway, it has to be controlled.”

Regrello said he contacted the vendors association president last week and informed her that he was going to stop all vending on High Street for a while. But, she in turn submitted a list of the regular vendors who have been making a living for years on High Street, asking that they be allowed to continue vending.

He said he will issue a pass to those people but will need a minimum of two weeks to have them sorted out.