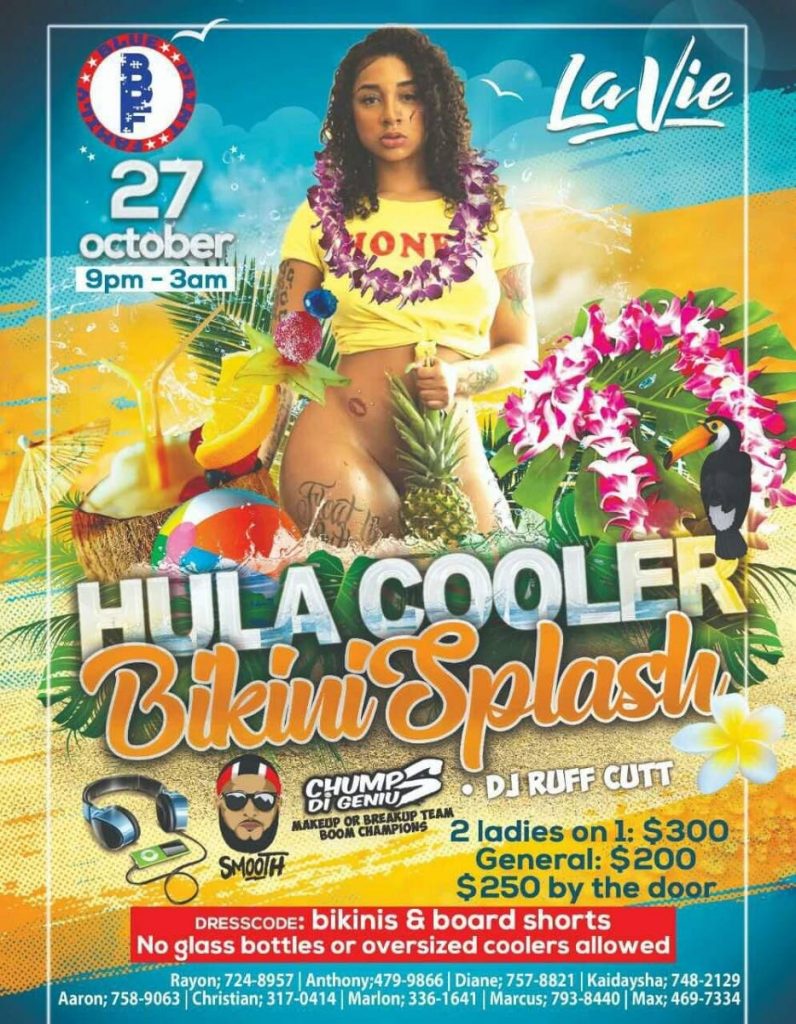 A party which is scheduled to take place this Sunday will most likely be cancelled.

Officials from the Housing Development Corporation (HDC) said the party is expected to take place on “illegal structures” and they are making every effort to stop it since it was not approved. The party entitled “Hula Cooler, Bikini Splash” is marketed to take place on reserve lands near Bon Air Gardens in Arouca from 9:00pm-4:00am.

In a statement the HDC said:

“Over the last two years, the HDC has adopted a firm approach in relation to illegal occupancy, trespassing and the construction of illegal structures. As such, due process will be followed in this matter to ensure that these structures are removed.”

The Corporation is advising citizens who trespassed on their property to fix the situation soon, before they intervene and remove the structures.