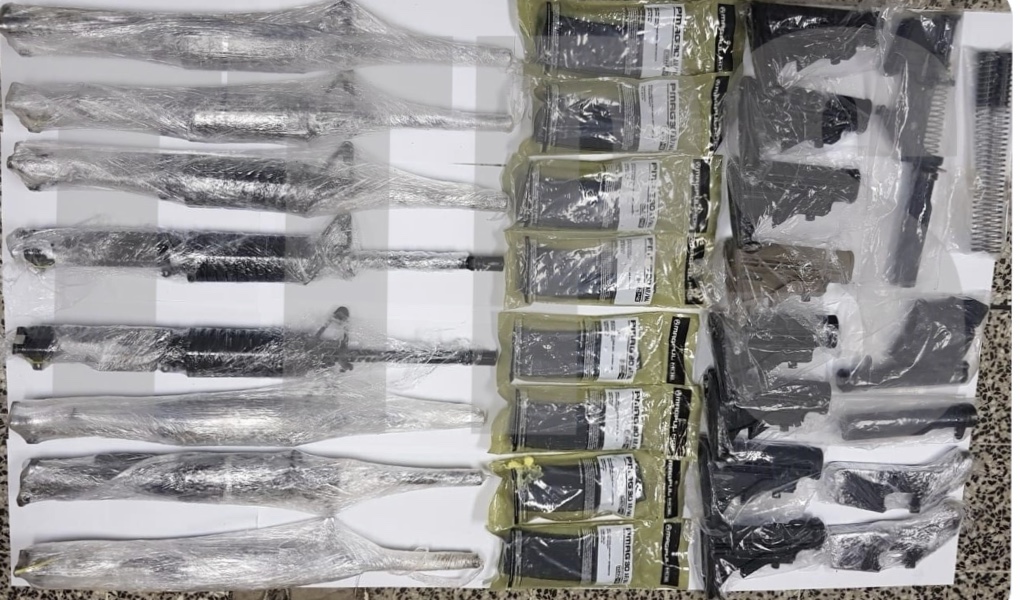 Eight AR 15 rifles were discovered during an anti-crime exercise in the Four Roads district by officers of the Western Division.

During the exercise, officers acting on intelligence proceeded to conduct a search of a forested area off Union Road, Four Roads, Diego Martin on 24.10.19
The search resulted in officers discovering the components of eight (8) AR15 rifles. Enquiries are ongoing.