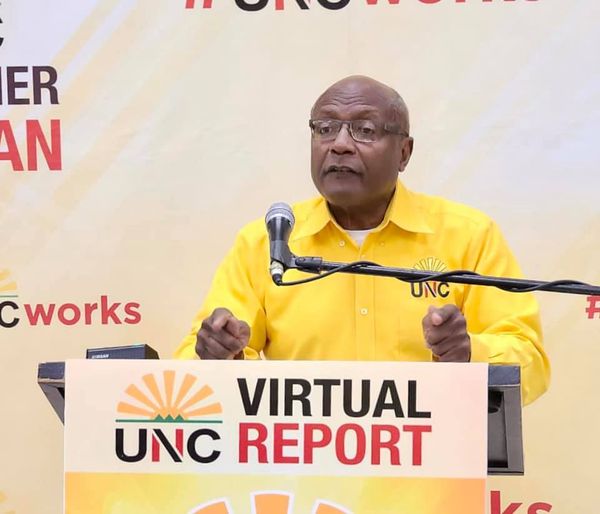 “What is wrong with that?”
That is the question being asked by UNC MP Rodney Charles as he defended the Opposition Leader’s plea to the Indian Government for assistance in acquiring CVID vaccines for T&T.

Kamla Persad-Bissessar was yesterday criticized by both the Health and Foreign Affairs Ministers after it was revealed that she wrote a letter to India’s Government seeking a gift of COVID vaccines for this country.

However, the UNC has since sought to defend her actions.
Speaking at the UNC’s Monday Night Forum last evening, MP Charles noted that Trinidad and Tobago was sorely lagging behind in the vaccination statistics even within the region.
He stated that Barbados’ proactive approach to vaccination has seen the country vaccinate 35 thousand people at no cost due to the free vaccines acquired from India.

MP Charles also chided the Government’s for its boasts about how the COVID pandemic was handled as he says the figures have been skewed from the start.

Mr Charles defended Mrs Persad-Bissessar’s actions stating that the Opposition has its role to play and ensure that the Government performs.