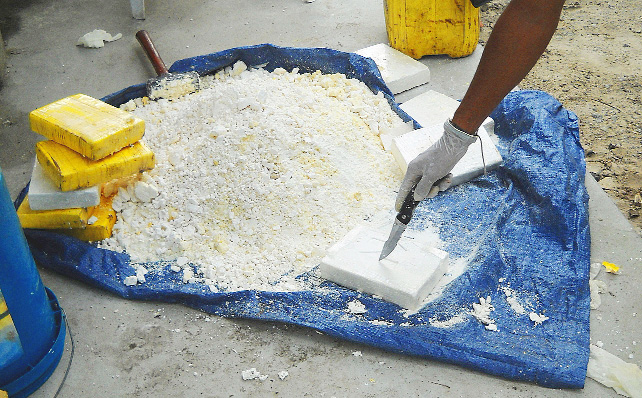 Guyana’s Customs Anti Narcotic Unit (CANU) has fired one of its ranks, who recently breached Standard Operating Procedures (SOPs) by attempting a ‘skullduggery’ on an outgoing passenger at the Cheddi Jagan International Airport.

The officer was identified as Osafa Matherson. It is alleged that he attempted to plant narcotics on a woman who videoed his actions after realizing that he wanted to search her a second time.

Reports indicate that Matherson used his training to profile passengers who appear weak or intimidated by the many security positions at the airport.

Matherson has been with CANU for six months.

He said investigations have confirmed that one of the law enforcement officers is an employee of CANU. Based on investigations, there was a serious breach of CANU’s Standard Operating Procedures.

Consequent to the findings of the aforementioned investigation, Ramlall noted that recommendations for the immediate dismissal of the officer were forwarded to the Ministry of Public Security.

“CANU strives at all times to operate professionally with a high level of integrity and all officers are afforded the necessary training to perform their duties in accordance with the unit’s SOPs and are encouraged to maintain the expected standard of integrity. Therefore, any officer found with conduct inimical to the unit’s policies, will be dealt with condignly,” the deputy’s head explained.

He continued, “It should be noted that this officer’s conduct does not reflect what the unit stands for and should not be used as an indicator of the conduct of the many hardworking and professional officers of the unit who daily perform their duties with a high level of integrity. CANU regrets this unfortunate incident and wishes to assure the public that no acts of indiscipline and unprofessionalism will be condoned.”