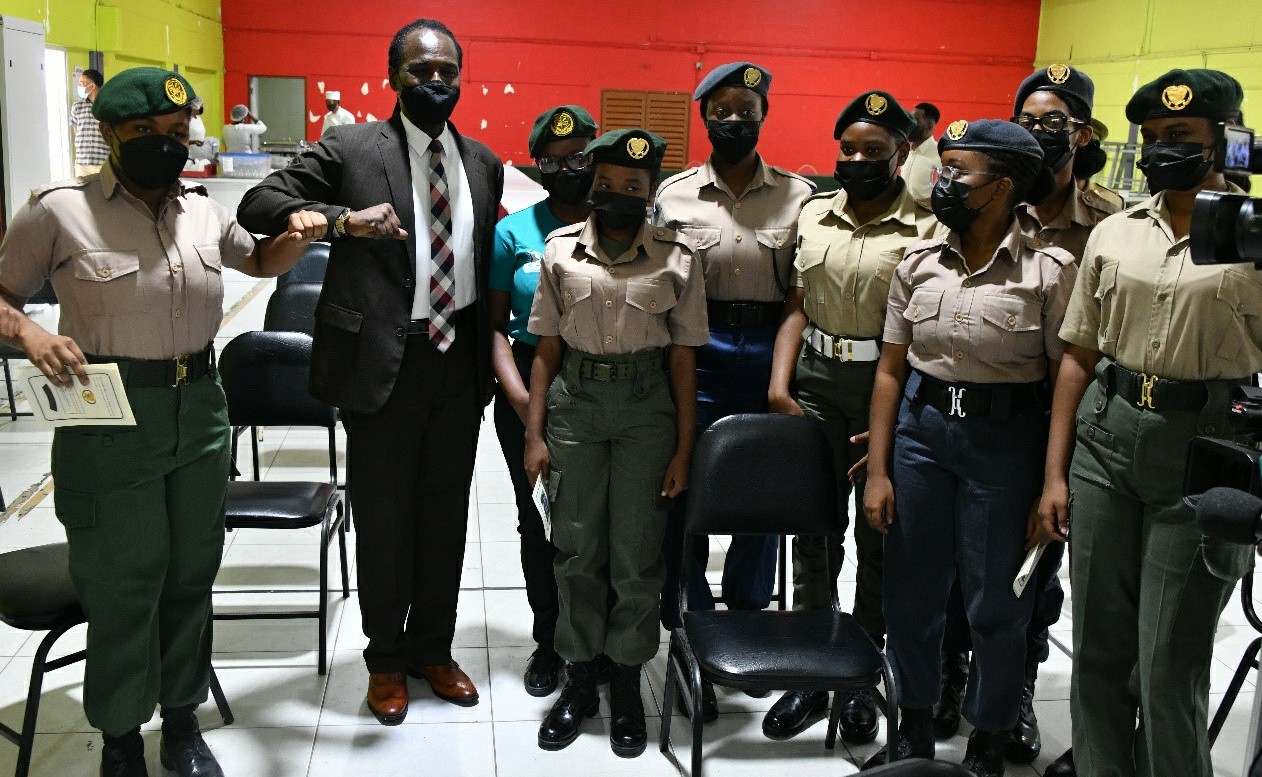 Minister of National Security, Fitzgerald Hinds has given the assurance that the Ministry of National Security will continue to lend support to the Trinidad and Tobago Cadet Force (TTCF), in keeping with Government’s thrust to see more young people engaging in meaningful and positive lifestyles.

He was speaking at the Opening Ceremony of the “Operation Recovery” Training Camp of the Trinidad and Tobago Cadet Force’s Potential Non-Commissioned Officers Cadre, held on the weekend.

Minister Hinds stated that organisations like the Cadet Force have a major role to play in the building and shaping of society. He recognized the value of youth-oriented programmes in developing the nation’s youth.

The Minister took the opportunity to welcome the Cadet Force back into action, after a two-year hiatus owing to the COVID-19 pandemic

Minister Hinds expressed excitement that Trinidad and Tobago has reached the turnaround point regarding COVID-19, leading to relaxation of Public Health Regulations and the return to physical classes. This he said will prompt the continued growth of the Cadet Force.

The TTCF Training Camp is being held over a six (6) day period, giving participating Cadets the opportunity to develop leadership skills that will allow them to assist instructors with training and with the management of Cadet Force Platoons and Companies.

The Ministry of National Security continues to provide the necessary resources to the TTTCF in keeping with Government’s agenda to reduce delinquency and crime among the nation’s youth population and provide a better quality of life for all our citizens.

Throughout the country, there are more than seventy-five (75) Cadet Units operating in Secondary Schools, impacting the lives of over three thousand (3,000) young men and women.