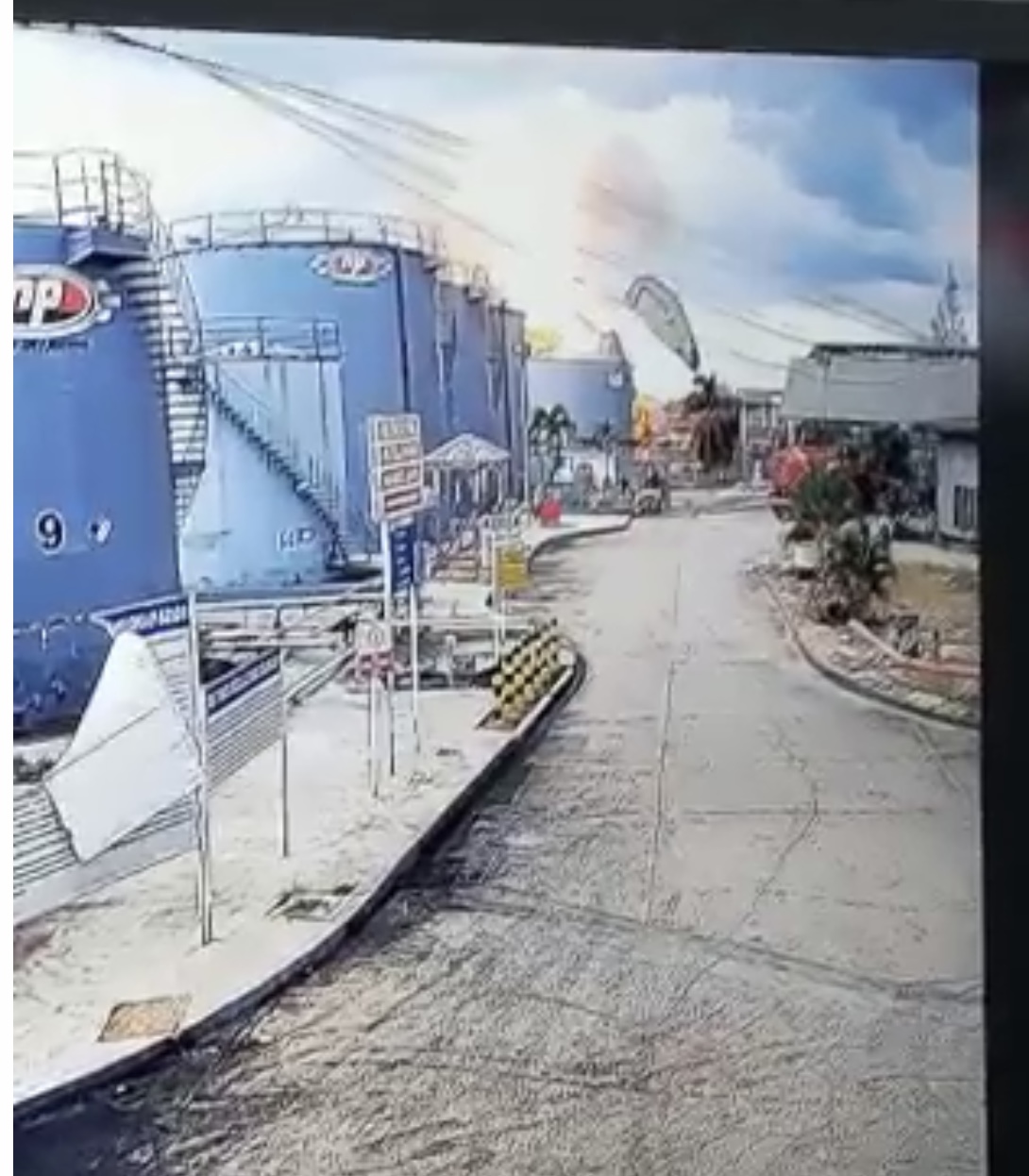 The Friday afternoon activities of Port of Spain were interuppted by a pound explosion yesterday afternoon. Commuters on the Betham highway sawany employees of National Petroleum Sealots compound running to safety across the highway and across the connecting street to the north of Bhagwansingh Hardware.

The explosion originated when one of the massive fuel storage tanks exploded. Three people, performing maintenance work on the compound at the time, were injured in the blast. They were taken away from the scene of the explosion for emergency medical care. They were reported to be contractors.

One contractor reportedly sustained burns to the forearm and thighs, while another sustained slight burns to the head. The third contractor was found after a short search. All three the men were taken to the Port-of-Spain General Hospital for treatment.

Police Commissioner Gary Griffith was quickly on the scene diverting traffic on to the Bus route.
An investigation has begun into the cause of the explosion.