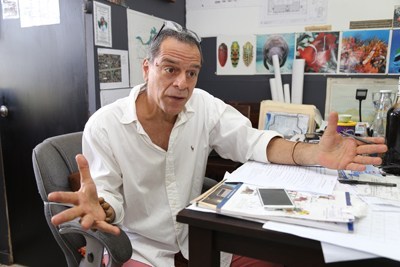 The Fishermen and Friends of the Sea has unveiled their wish list for Christmas, and in it, they call on government to repeal recent amendments to the Public Procurement Act.

In a media release, the group revealed a 16-point list which it hopes government will look to achieve.

Despite pronouncements by the Attorney General that the UNC’s concerns about the act are “ridiculous”, FFOS believes the changes will neuter the Office of the Procurement Regulator and allow the Treasury to be “raided.”

The list also speaks to protection of the environment, calling for the creation of a coordinated response to incidents like the FSO Nabarima, updated shrimp trawl regulations, a cleanup of the Gulf of Paria and a focus on land grabbing in protected areas. 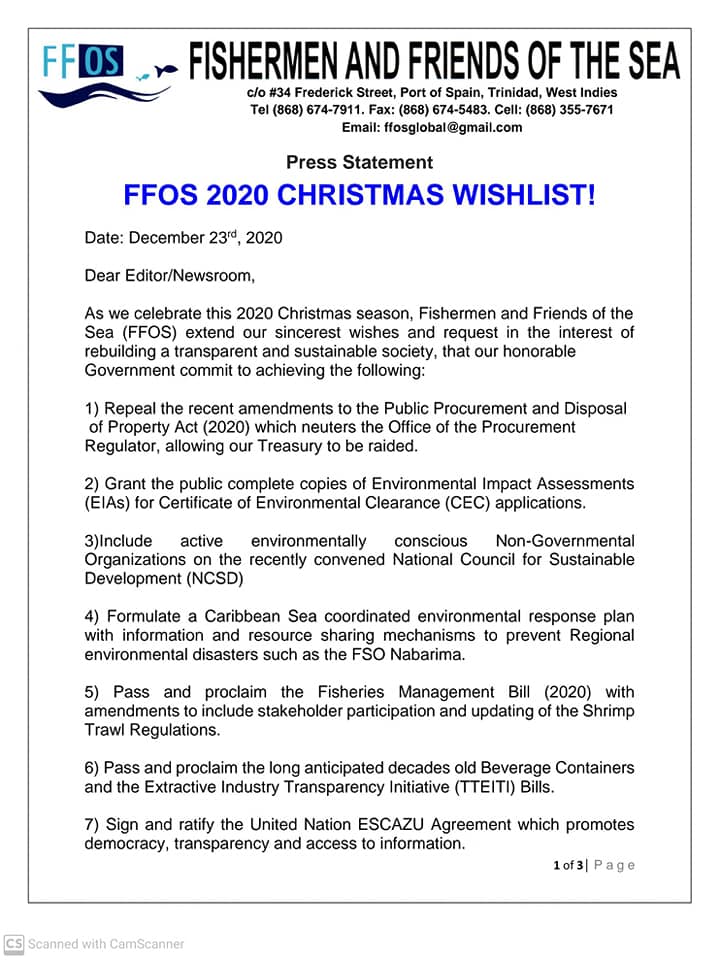 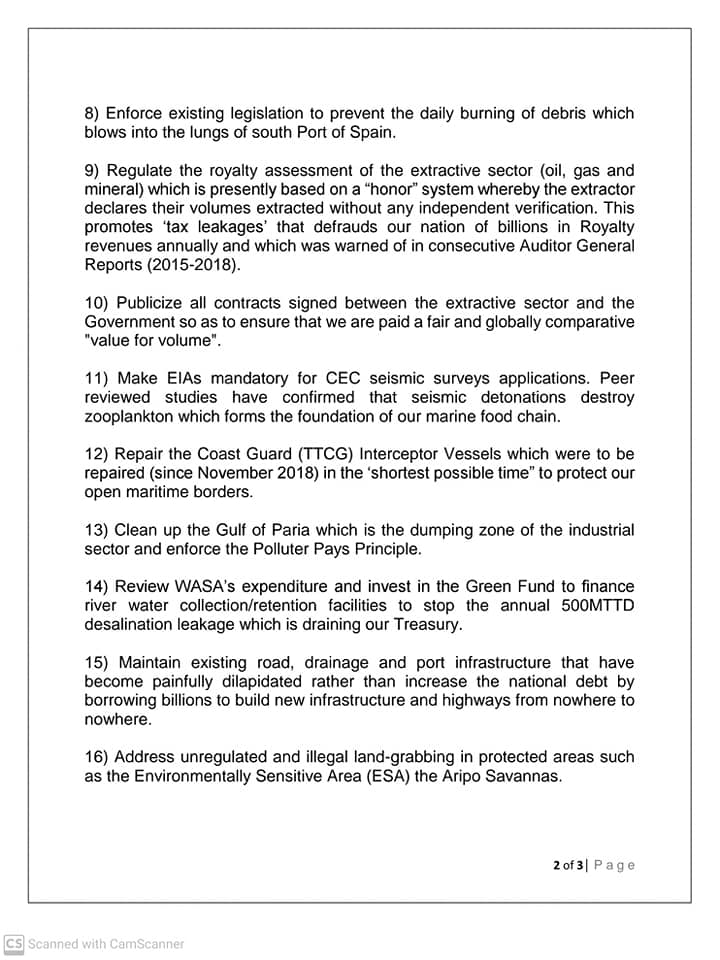 No truth to hostage situation at PoS Gen. Hospital 0