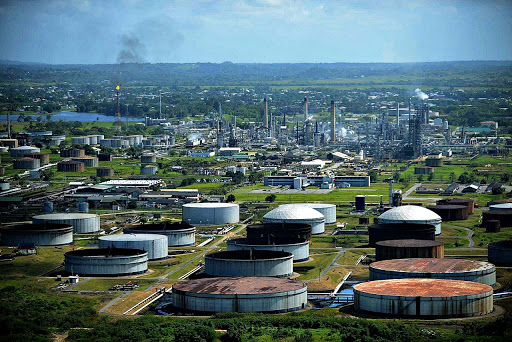 Energy and Energy Industries Minister , Franklin Khan, says in the next seven to nine days the government should be in a better position to give the nation an update on the status of neogiations on the Point -a-Pierre refinery.

Before the August 10th general elections the Oilfields Workers Trade Union said it hoped the issue is not used to score political points.

At the weekly post cabinet news briefing held at the Diplomatic Center, St Ann’s this afternoon, Minister Khan was questioned on the topic by reporters.

Mr Khan said deliberations continue on it and he is hoping very soon the nation can be provided with additional information.

Minister Khan said a  team work approach is the model being used by various players in the energy sector especially in  these critical times.