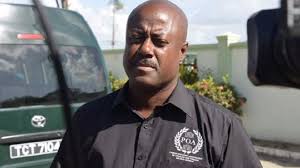 POA: “No inmate, remanded or otherwise has been released from Prison”

The Prison Officers’ Association (POA), has denied a claim by the Attorney General, Faris Al-Rawi, that hundreds of prisoners have been released, in a bid to mitigate the overcrowding situation amidst the pandemic.

In a release, the association said it wants to state that the Attorney General of Trinidad and Tobago has been mislead by a person or persons who are strangers to the truth.

It said checks after seeing the Newsday story headlined “AG: Hundreds of non-violent inmates released,” has proved the utterances to be untrue.
“Since the beginning of the Covid-19 outbreak and subsequent lockdown of our Twin Island state no inmate, remanded or otherwise has been released from Prison under any provision as a direct result of Covid-19.”

The POA released point out that:
1. The Public Defenders Office. In fact a number of inmates continue to go unrepresented since the appointment of attorneys from said office is extremely slow.
2. The Commissioner of Prisons would have released inmates who would have served the minimum time required taking into consideration the sentence to serve. Something called remission is applied generally where an inmate would have not offended against the rules of the Prison and taken part in programmes. This facility has not been tweaked nor altered as a result of Covid-19.
3. Obviously the point of the Mercy Committee is an ongoing process has not presented an opportunity for the inmates whose possible release lies within its deliberations.

The POA added: “We can state with certainty that from March to present NO inmate was released via this committee.
“We humbly request that the Attorney General return to the source of this most misleading information since we are certain he will not knowingly seek to mislead the public of Trinidad and Tobago.”

Jereem places 5th in Oregon, but clocks his personal best 0