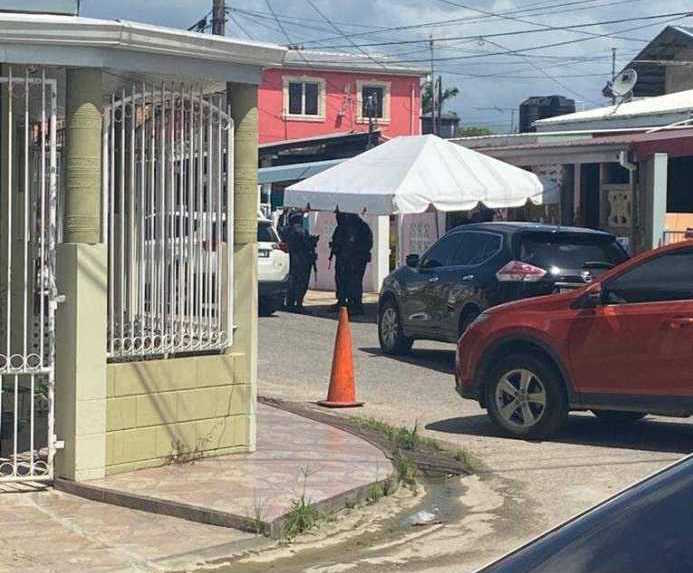 The headquarters of the Drugs Sou Sou (DSS) in La Horquetta was the centre of attention earlier this afternoon, as officers of the Professional Standards Bureau (PSB) of the TTPS executed a search warrant.

This comes as investigations continue into the operations of the DSS.

Reports are that shortly before 11 am, officers cordoned off the street leading to the Phase One household used by the DSS and receipts and cash seized.

This is the second police raid on the DSS in just over a month.
The first raid netted millions of dollars in cash, which was eventually returned to DSS, thus prompting an investigation.

The latest exercise is being led by Sgt Silver of the PSB.

The Weeknd Feels “Guilty” Dating Someone Not Famous. 0

No motive for murder of Freeport father and son 0