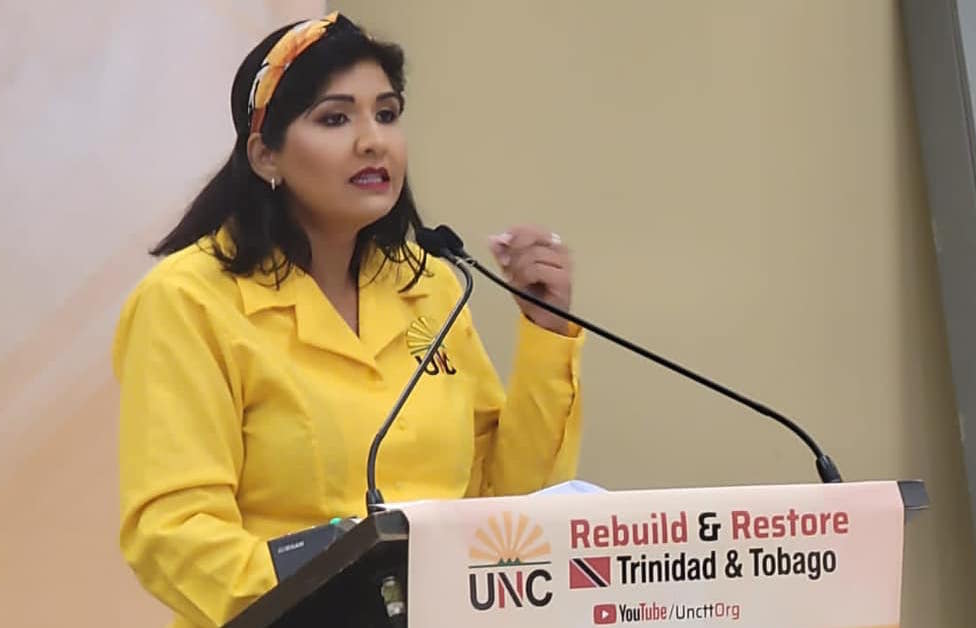 UNC senator Jayanti Lutchmedial is calling on Foster Cummings to step down as Minister of Youth Development and National Service, following what she described as his failed attempt to silence and hinder her in the execution of her duties as an Opposition Senator.

In a statement, Lutchmedial said Cummings must do the honourable thing and step down as a Minister until the police complete their investigations into financial dealings involving state enterprises and his family companies.

She noted that “In the absence of this principled approach, he ought to be fired forthwith by the Prime Minister, who should take heed of today’s judgement and recognize that the “comparatively weak” arguments raised by Cummings do nothing to quell the public’s desire for transparency and accountability from elected officials.”

Lutchmemdial said, “The TTPS has since confirmed that an investigation into financial dealings by 3 companies connected to Minster Cummings prompted them to make an application for a production order last year and that investigation is still ongoing. ”

She said the police have been quite vocal about their concern over the leak of the Special Branch report into Minister Cummings’ activities but is yet to say what if anything was done with that report and whether any evidence was gathered based on the contents.

According to Lutchmedial, “They appear oblivious to the public’s demand for greater priority to be placed on investigating wrongdoing by public officials.”

She added, “It is to be remembered that this special branch report came subsequent to a 2017 media report into land grabbing in the Couva area where persons complained to the media that a Senator was connected to the bulldozing of Caroni and HDC lands which they occupied for a number of years.
Was Mr Ray Connell ever interviewed? He along with another elderly gentleman spoke openly to the media about the involvement of “The Senator”. Did the TTPS contact them and ask for a statement?”

Lutchmedial asked once again, “What happened to that HDC investigation and the subsequent Special Branch Report?
The HDC cannot to date say how one family was allowed to acquire 3 HDC properties in the Couva area, which can only be transferred with their consent. This seems wholly inconsistent with the mandate of this agency and in the absence of full disclosure the population is left to wonder about the level of nepotism that pervades state enterprises.
Added to that, the reports which have surfaced regarding financial transactions between other state enterprises like the MTS and companies linked to Minister Cummings raise a number of very pertinent questions regarding practices at state companies and a prominent Credit Union, the supervision and regulation of which falls within the portfolio of none other than Minister Foster Cummings!”

She said, “the Prime Minister is now making a habit of keeping persons in his Cabinet despite them having serious questions to answer with the police over financial transactions.
The defense of Foster Cummings and the deflection of these serious issues serves to further erode what little is left of public confidence in fairness, justice and democracy.”

Lutchmedial said she intends to continue her quest to expose any wrongdoing which may exist and exercise her right to freedom of political expression to the fullest extent in order to hold this government to account.