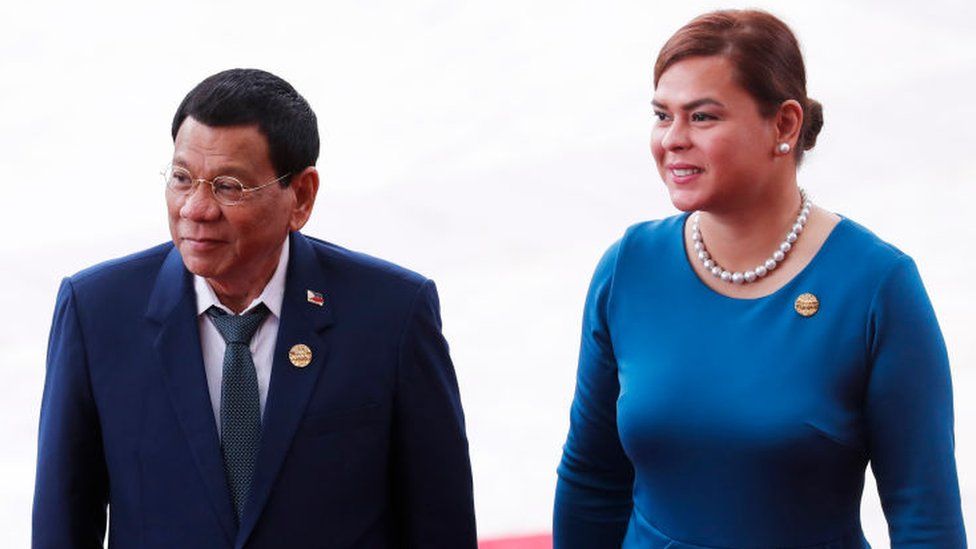 Sara Duterte, the eldest daughter of Philippine President Rodrigo Duterte, is to run for vice-president in next year’s elections.

The move ends months of speculation about whether she was planning to run in the polls.

She had been widely expected to bid to succeed her father, who cannot stand for another term as president.

Ms Duterte, who is mayor of the major city of Davao, led opinion polls all year as the top presidential candidate.

She has joined a new political party (Lakas-CMD) headed by former President Gloria Arroyo, replacing another candidate who had withdrawn.

In the Philippines, the president and vice-president are elected separately.

Other presidential candidates include popular former boxing champion Manny Pacquiao, and the mayor of Manila.

Mr Duterte, a controversial “strongman” figure, came to power in 2016 promising to reduce crime and fix the country’s drug crisis.

But critics say that during his five years in power, Mr Duterte has encouraged police to carry out thousands of extrajudicial killings of suspects in what he has called his “war on drugs”.

The International Criminal Court has called for a formal probe into the thousands of killings that happened during the deadly crackdown.

Mr Duterte had initially said he would stand as vice-president, before changing his mind last month and announcing his retirement from politics.

However, reports emerged on Saturday – quoting his communications secretary – that he would file to stand as vice-president himself ahead of a 15 November deadline.

Duterte senior “will file his certificate of candidacy for the vice-presidency on Monday, that’s what he said,” presidential communications chief Martin Andanar told local broadcaster ABS-CBN.

However, he said the outcome remains uncertain, adding: “I would like to believe that that is the plan for now. We don’t know if this will be the same plan by tomorrow or by Monday.”