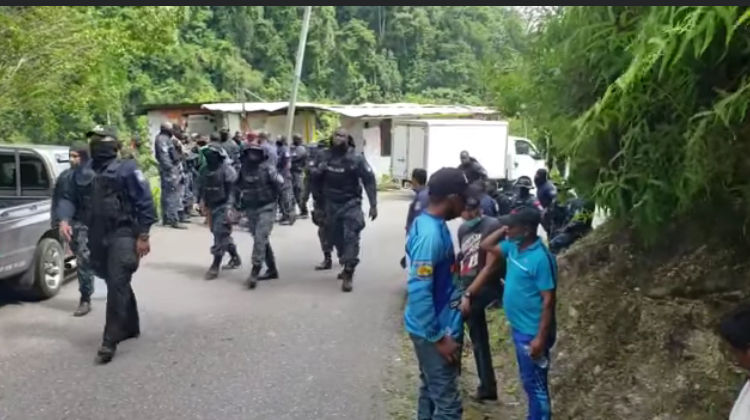 Several members of the Trinidad and Tobago Police Service have once again hit the Heights of Aripo and discovered more bones.

According to a Newsday report, officers involved in an anti-crime exercise made their way on Sunday along with hunters and soldiers – who made another gruesome discovery of remains; which is yet to be identified as human or animal bones.

The remains were found in the forests off the road in the Heights of Aripo.

This would be the third discovery made in that location along with the body of kidnap victim 23 year-old Andrea Bharatt who was found last week Thursday.

An autopsy is expected to be performed on Bharatt on Monday.

The police have detained six people who are assisting with the investigation; one suspect remains in hospital, while one has passed away.

Loading...
Newer Post
DSS founder discharged from hospital – reportedly did not suffer a heart attack
Older Post
Cardi B accused of ripping off lyrics to new single ‘Up’

Are you going to make your home a Safe Zone for Christmas even barring unvaccinated family members?

Arima Business Assoc. in support of an SOE and offer suggestions for financial relief 0

New Grant labourer charged with breaking into a roti shop 0