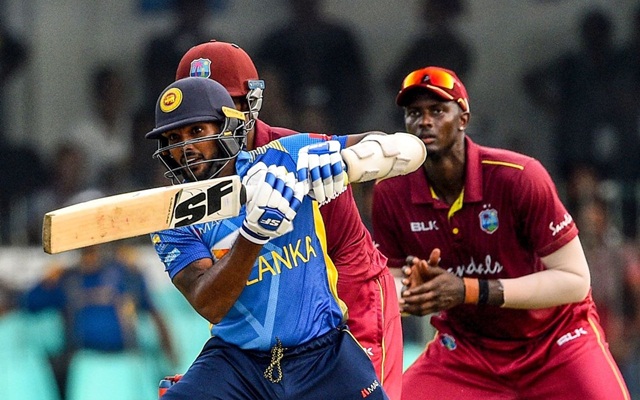 The T20I Series will create history as the first official International matches to be played by the West Indies Men’s team at the Coolidge Cricket Ground (CCG) and the first West Indies T20Is to be played in Antigua since 2013. As reigning ICC T20 World Cup champions, West Indies will use these matches as important preparation for the defence of their T20 World Cup title which is scheduled to be held in India later this year.

The CG Insurance ODI Series will played at the Sir Vivian Richards Cricket Stadium on March 10, 12 and 14 — with the third being a day/night encounter. The CG Insurance ODIs form part of the ICC Super League and these three matches provide the opportunity for West Indies to secure their first points as the team tries to qualify automatically for the 2023 ICC Cricket World Cup in India.

The two Test matches will be played at the same venue with the first match starting on Sunday, March 21 and the second starting March 29, providing the West Indies with another opportunity to win points and climb the ICC World Test Championship table following the recent fantastic series win in Bangladesh.

As a consequence of the COVID-19 pandemic, both teams will stay and play in bio-secure bubbles with all the matches being held in Antigua to accommodate a later arrival date by Sri Lanka. Fans will not be able to attend matches, but will be able to follow on TV, radio and through CWI’s digital channels.

“We are pleased to be able to finally confirm this tour. A number of COVID-19 related logistic hurdles have now been overcome and I want to thank Sri Lankan Cricket President, Shammi Silva and his team, for their co-operation in honouring their obligation to tour under the ICC FTP Agreement. We are also extremely grateful for the support we received from the Governments of Antigua & Barbuda, and St. Lucia in planning this tour.
But it is regrettable that we are unable to include St. Lucia as part of this home series as we had originally hoped to due to the delay in Sri Lanka arriving and the need for the tour to end before the start of the Indian Premier League.”
CWI has been working closely with the Ministry of Health and the Ministry of Sport in Antigua & Barbuda to orchestrate all the logistics and agree the safety and medical protocols for the tour. All players, support staff and match officials will be kept in a bio-secure environment, with regular COVID-19 PCR testing taking place with assistance from the local Ministry of Health and CARPHA.

“We are delighted to be able to re-start international cricket in the West Indies, with the announcement of the tour by Sri Lanka. We have a full schedule featuring all three formats, which is sure to attract lots of attention from our fans, especially following on from the terrific Test Series win in Bangladesh. A lot of detailed planning has gone into the hosting of this tour and we are confident it will be a success.”

Man killed during curfew in Laventille 0