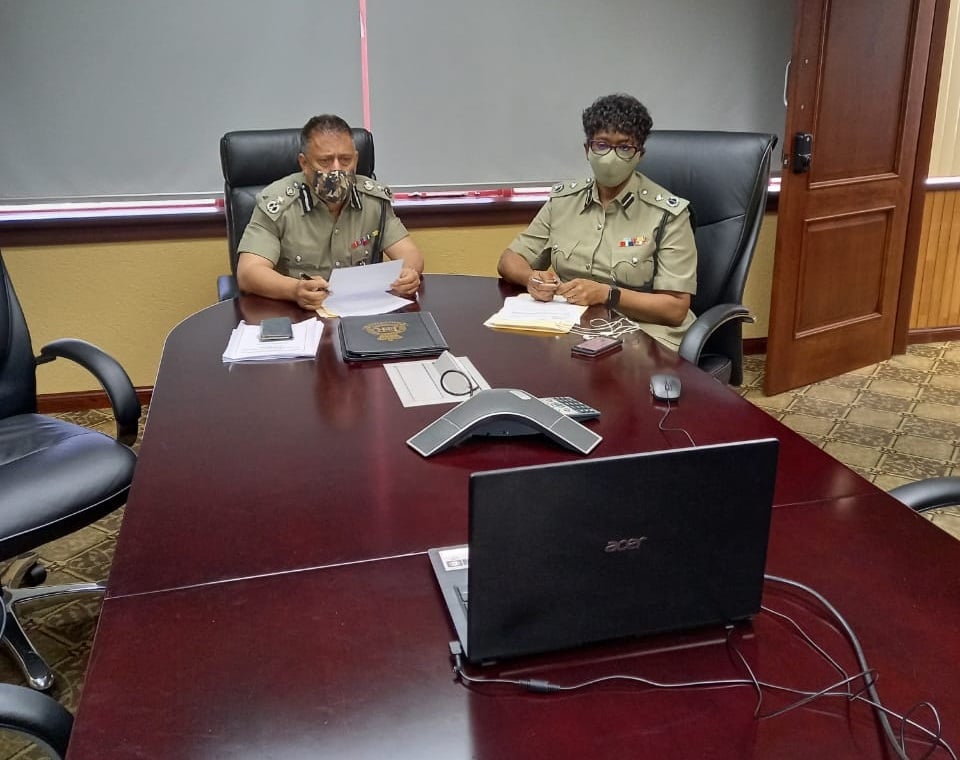 Commissioner of Police, Gary Griffith, held a virtual meeting today, Wednesday 12th May, 2021, with members of the Tobago Division of the Trinidad and Tobago Chamber of Industry and Commerce, to discuss policing matters on the sister isle.
The meeting was also attended by DCP ‘Operations’ Erla Christopher and ACP ‘Tobago’, William Nurse.

Among the matters discussed were crime trends in Tobago, the repurposing of the Moriah Police Station, crowd control, and social distancing measures in public spaces and mask adherence by officers.

Commissioner Griffith noted the concerns raised by the Chamber members and said the Trinidad and Tobago Police Service (TTPS) was firmly committed to preventing the migration of criminals from Trinidad to Tobago. He said the goal was to lock down the island and through intelligence, determine if criminals and illegal weapons are moving between the islands.

ACP Nurse said station commanders are submitting their plans of action to him to form a Divisional plan to deal with criminals on the island.

On the issue of repurposing of the Moriah Police Station, Commissioner Griffith said the move would help with the efficient allocation of officers for patrols and exercises, rather than keep them in a police station.

He also urged the Chamber to do its part to ensure that social distancing and the Public Health Regulations are adhered to at all times. Commissioner Griffith noted that Tobago did not have too many breaches of the regulations and he hoped it would remain this way.

President of the Chamber’s Tobago Division, Diane Hadad, thanked the Commissioner and his officers for facilitating the meeting and addressing their questions and concerns.
Commissioner Griffith meanwhile said he hoped to meet with the Chamber in person in the coming months and said the lines of communication between the two parties will remain open for further talks for the benefit of Tobago.