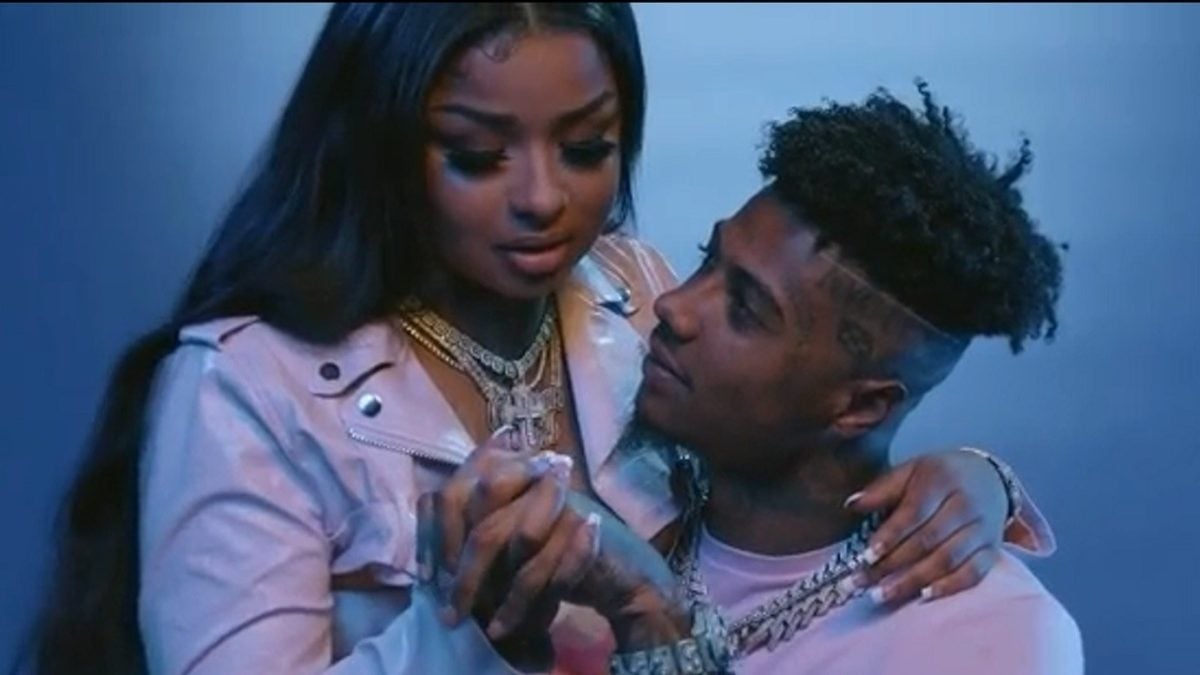 Chrisean Rock got into a physical altercation shortly after announcing she was pregnant with Blueface’s child — this while trying to get to her alleged soon-to-be baby daddy.

The fight based on eyewitnesses claim was a bum rush attempt by Chrisean on Blueface dropping in on him at his house.

In the clip, Chrisean is seen wearing the same pink track suit from earlier in the day — getting Blueface to herself on one side of a car.

Rock was trying to get him inside to leave with her.

Instead, she threw hands with two ladies on the scene.