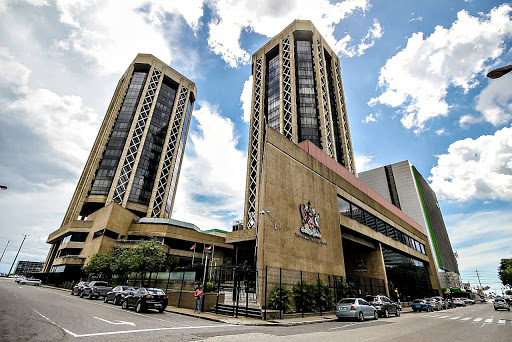 The Central Bank of Trinidad and Tobago (CBTT) expects that come 2021 the domestic economic outlook will be centred around the lingering effects of the pandemic, which are expected to persist well into the first three quarters of the new year.

This information was provided in its latest Monetary Policy Report.

The Bank said economic activities contracted in the first half of 2020 in both the energy and non-energy sectors. A decline in output was seen in natural gas, crude oil, liquefied natural gas (LNG) and petrochemicals, especially methanol and ammonia.

“As several businesses closed and others reduced their operations, declines were recorded for several non-energy sectors, such as Wholesale and Retail Trade (Excluding Energy), Construction, and Manufacturing (Excluding Energy and Petrochemicals).”

“Despite the gradual re-opening of the economy, labour demand softened, resulting in higher retrenchments.
However, growth was recorded for Real Estate Activities and the Financial and Insurance Activities.

It revealed that the Government’s accounts came under increased strain in fiscal year (FY) 2019/20 as a result of the COVID-19 crisis.
Data from the Ministry of Finance show that the budget deficit jumped to 11.2 per cent (as a per cent of Gross Domestic Product (GDP)) in FY2019/20 from 2.6 per cent in FY2018/19. Public revenue collections declined by 27.1 per cent in FY 2019/20 from FY2018/19 due to lower energy prices and a smaller corporation tax take as business operations were curtailed. Public expenditures, however, increased due to higher outlays on transfers and subsidies and the capital programme to shore up the health system and support those adversely affected by the pandemic.

The CBTT said conditions in the foreign exchange market remained relatively tight during the first ten months of 2020.
Purchases of foreign exchange by authorised dealers from the public declined over January to October 2020, relative to the same period a year prior.

The Bank said this decline in purchases was related to a reduction in conversions by energy companies, while the demand for foreign currency also slipped in the context of trade and travel restrictions as well as the state of aggregate demand. By the end of November 2020, official international reserves stood at US$7.1 billion or about 8? months of import cover.

According to the Bank the global economy suffered an unprecedented fall in real output over the first half of 2020 mainly because of the COVID-19 pandemic.

It noted that the virus has led governments to introduce public health measures such as lockdowns, social distancing, and closures of non-essential businesses, which resulted in sharp and deep economic contractions during the first six months of the year. However it notes that global demand has been rising slowly as some economies relaxed lockdown measures in May and June prompting measured improvements in economic activity.

The CBTT expects in 2021 the domestic economic outlook will be centred around the lingering effects of the pandemic, which are expected to persist well into the first three quarters of the new year. It said going into the pandemic, T&T had a relatively good starting point, with significant buffers, including sizable international reserves and its sovereign wealth fund (Heritage and Stabilization Fund) but it warned that given the finite nature of these buffers it is imperative that the transition be managed very carefully.

“As in most other countries, fiscal action will remain at the core of the combined macro-economic policy response. A delicate balance will continue to be required in providing indispensable support to the poor and disadvantaged communities—who have been disproportionately impacted by the pandemic—while keeping an eye on the debt situation. The current high liquidity environment means that monetary policy may need to be in a holding pattern, but ready to adjust quickly as financial conditions evolve.

Ban On Scrap Iron Exportation In Place Until February 2023

Ban On Scrap Iron Exportation In Place Until February 2023

Ban On Scrap Iron Exportation In Place Until February 2023 0